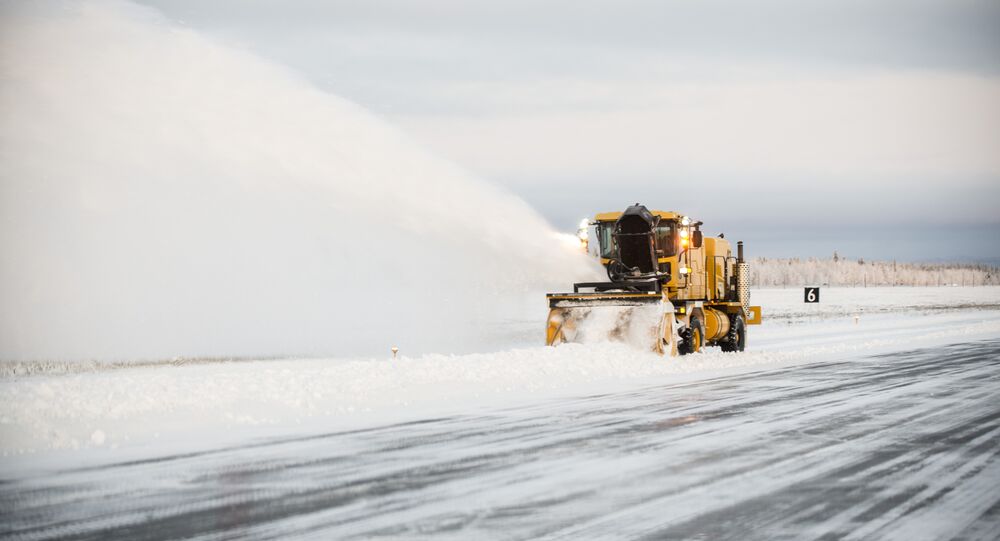 Lockheed Martin F-35A Lightning II jets are being tested in freezing weather conditions in Alaska before more jets are delivered to Norway.

The fifth-generation jets are completing two phases of flying in cold weather conditions. First, Lockheed must ensure the jet can operate with full functionality in cold temperatures, and second, the contractor must be able to land the jet in icy conditions.

"These tests are done with the aircraft in motion rolling over a prepared icy runway surface at a wide range of speeds," a Lockheed Martin spokesman told Military.com November 27.
The second phase will test how well the drag chute slows down the plane when it lands. Drag chute-ice testing is slated to take place in 2018, Defense Tech noted Monday.

For now, "the icy runway tests being conducted" at Eielson Air Force Base help engineers learn how the aircraft handles in extreme weather. The tests provide better knowledge on "braking and deceleration performance on slippery landing surfaces with and without deployment of the drag chute," a company spokesman added.

The first F-35A to be tested at Eielson AFB arrived in mid-October. While the tests provide a way for Lockheed to guarantee buyers that the jet will function in colder temperatures, they also benefit the US military, demonstrating further how the aircraft performs in extreme weather. The US military plans to station two squadrons of F-35s at Eielson by 2020.

The F-35 joint strike fighter program has suffered years of delays and cost overruns. Though the program began 20 years ago, just this year Lockheed Martin was still producing jets with so much corroded material on them the US Department of Defense refused to accept the planes. The total lifecycle cost for the F-35 program borne by US taxpayers is estimated at close to $1.5 trillion, making it the most expensive weapons program in American history.