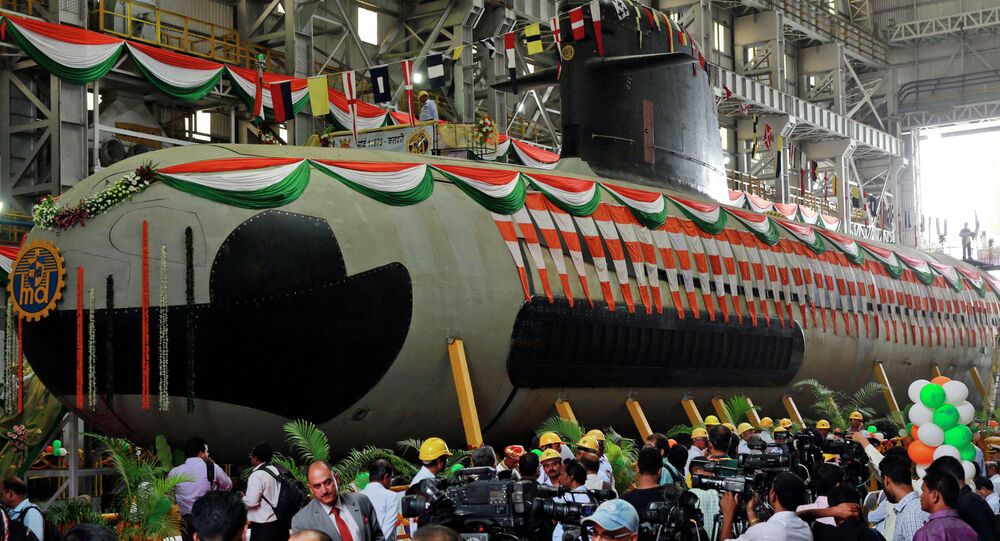 New Delhi (Sputnik): The Indian Navy has re-oriented its fleet patterns after it found a number of Chinese warships, including submarines, venturing into the Indian Ocean.

Two years after the introduction of so-called Mission Based Deployments, the Indian navy has started the process of equipping its warships with sophisticated electronic navigation systems.

The navy says the equipment will assist shore based centres to undertake operational route planning and disseminate the data to various operational centres.

While implementing the Indian Naval Indigenisation Plan 2015-30, the Navy said the electronic charts and planning system should be capable of monitoring and guiding multiple ships on multiple routes.

“The system will provide the necessary ability to select, display, and interpret relevant information, including the use of navigational functions associated with route planning and monitoring,” a navy document stated.

The navy wants global vendors to undertake field trials in India and is also seeking technology transfer from them to allow the systems to be manufactured in India.

The system will provide strong support to the country’s Mission Based Deployments which it has been using in theatres including the Gulf of Oman, the Persian Gulf and the Andaman Sea.

The steps have been taken after what has been perceived as an increased presence of Chinese warships and submarines in India's backyard. Beijing has maintained that its deployment of warships in the Indian Ocean is primarily to support anti-piracy operations in the Gulf of Aden.

The Indian navy currently deploys warships and spy planes along critical sea lanes of communications and choke points in the region and claims that it has a dominant position in the region despite a strong Chinese naval buildup in recent years.