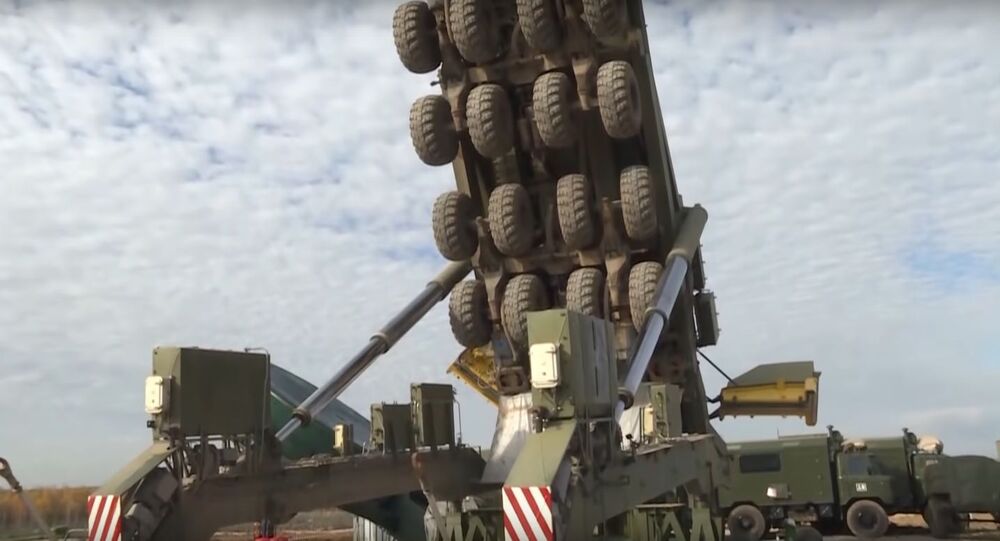 The RS-24 Yars missile, capable of carrying up to six independently targetable warheads with a payload of between 150 and 500 kilotons apiece, began to be introduced into Russia’s Strategic Missile Forces in the early 2010s, and is meant to serve as the backbone of the ground-based component of the country’s nuclear deterrent for decades to come.

The Russian Ministry of Defence has released unique footage showing a Yars strategic missile being loaded into an underground silo.

The footage, released late Thursday, shows the missile being transported through Kaluga region in western Russia. After arriving at its destination, the system’s heavy hauler bed can be seen slowly rising into the air over the silo to a vertical position, with the missile carefully loaded into the silo using hydraulic systems.

The new missiles were deployed with the 28th Guards Rocket Division in Kozelsk, Kaluga.

Earlier this year, the defence ministry announced that four missile regiments would receive Yars missiles. The 49,600 kg missile, with a 12,000 km range, is one of several ground, air and sea-based strategic weapons in Russia’s arsenal aimed at ensuring global strategic stability. The system is said to be capable of defeating all current and prospective anti-missile systems, including the Aegis Ashore ABM systems constructed by the US in Poland and Romania. Earlier this year, the defence ministry confirmed that Russia has at least 109 Yars ICBMs in its nuclear forces.