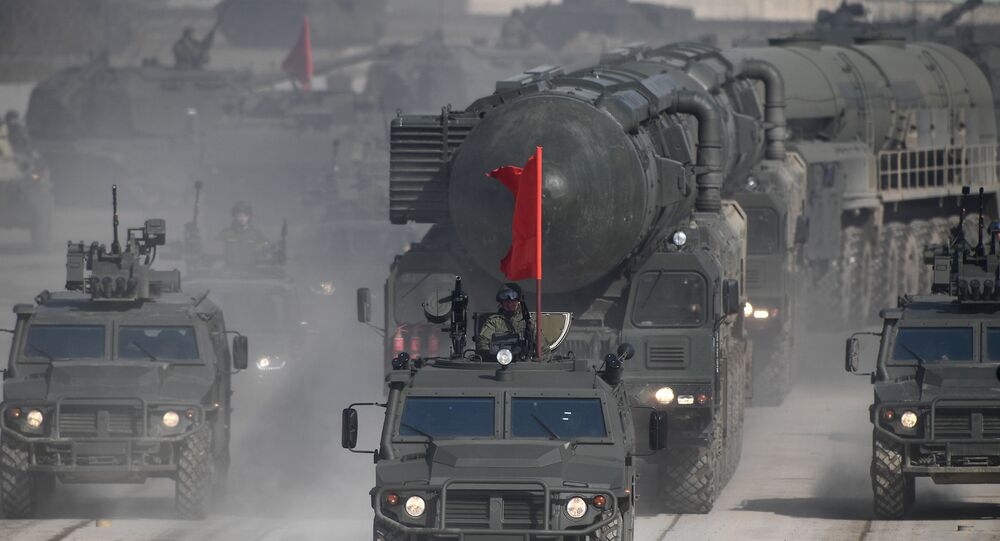 MOSCOW (Sputnik) - The Russian Strategic Missile Forces (RVSN) have said that they will put three missile units armed with Yars missile complexes and one unit with the Avangard hypersonic system on combat duty by year's end.

The Defense Ministry added that the RVSN would receive more than 30 intercontinental ballistic missiles by the end of the training year, increasing the share of modern weapons in service with the Strategic Missile Forces to 76 per cent and providing them with new nuclear detterence capabilities.

In particular, the document stipulates a tender on liability insurance against claims resulting from injuries and damage to people and/or property during four launches of RS-12M Topol (SS-25) ICBM, three launches of RS-24 Yars (SS-29) ICBM, and two launches of RS-28 Sarmat (SS-X-30) ICBM in 2019-2021.