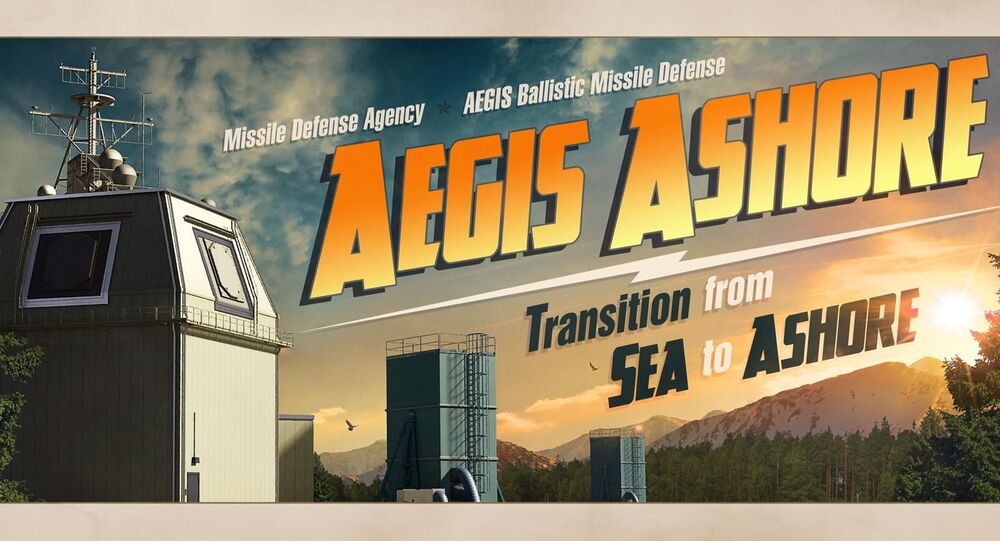 Moscow has repeatedly voiced concerns over the deployment of US missile defence system components in Poland and Romania, alleging that the MK-41 interceptor launchers could easily be used to fire offensive nuclear-tipped Tomahawk cruise missiles at targets inside Russia.

Hill reportedly inspected multiple sites on the base, including the multipurpose and housing unit, galley, and the inside of the Aegis Ashore deckhouse structure, which contains the system’s command and control system.

Earlier this year, the US's Government Accountability Office reported numerous delays in the Poland Aegis Ashore facility, estimating that the system would not become operational until at least 18 months after the planned December 2018 date due to missile test failures and problems with local construction contractors.

However, Russian officials and defence analysts have repeatedly voiced concerns about the Mk-41 being a dual-use system, and that in addition to its interceptors, it can be used to accommodate a whole range of offensive weapons, including nuclear-capable Tomahawk cruise missiles, which could hypothetically be used to strike targets inside Russia after a flight time of just minutes.

In 2016, as the US worked to complete its Aegis Ashore facility in Romania, and announced plans to build a second one in Poland, Russian President Vladimir Putin warned that Russia may be forced to target these countries’ territory with Russian missiles in the event of war.

Starting in the 2000s, Washington sought to assure Russia that its European-based ABM facilities were directed against ‘rogue states’ such as North Korea or Iran. Russia proposed the creation of a joint European missile defence shield to ally these fears, but Washington refused, prompting Moscow to begin work on a new generation of missile-shield evading hypersonic missiles, which President Putin unveiled in 2018.

In early August, the US officially withdrew from the Intermediate-Range Nuclear Forces Treaty, a 1987 agreement which prohibited Washington and Moscow from developing, building and fielding nuclear-capable ground-based missiles in the 500 to 5,500 km range. Weeks later, the US went ahead with testing of a new Tomahawk Land Attack cruise missile, prompting Putin to order preparations for a “symmetrical response.” Last month, Putin revealed that Russia too would develop new ground-based missiles in the 500-5,500 km range, but said Russia would not to deploy them unless the US did so first.