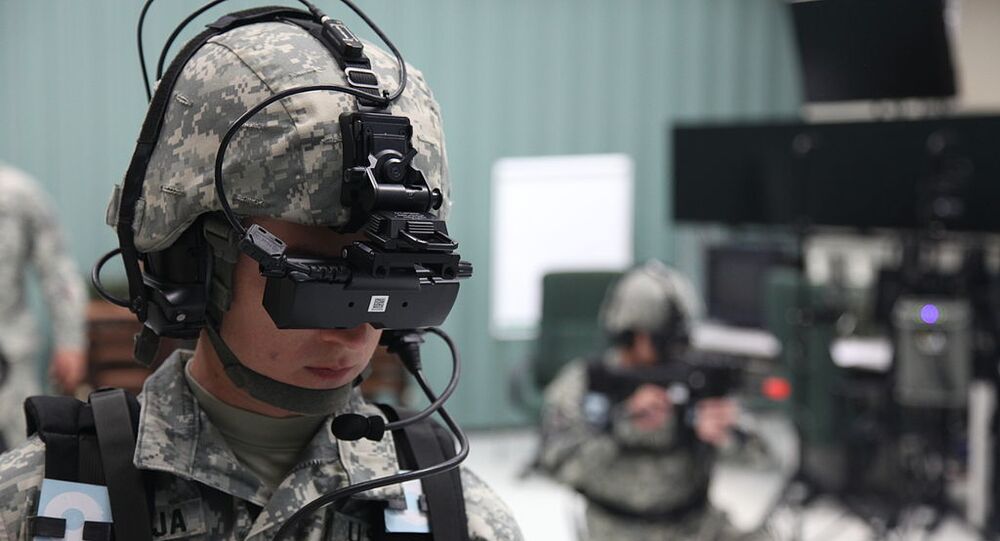 The first VR system that could be used to train soldiers in augmented virtual reality is expected to arrive on the US Army’s shelves by 2021, but no specifics have been given regarding the systems for pilots and armoured vehicle crews.

The Pentagon is eyeing creating virtual reality (VR) training systems for the next generation of its military vehicles, namely for the Future Vertical Lift Helicopter and Next-Generation Combat Vehicle programmes, Defence Blog reported, citing various army officials. According to one of them, deputy commanding general of Fort Leavenworth Stephen Michael, indicated that these VR systems will be mounted directly into the cockpits of future military vehicles.

The new technology will be further enhanced by a software-based augmented virtual training platform, called the synthetic training environment (STE) that will allow soldiers to train in different combat conditions and scenarios without leaving their home base, Larry Hamby, STE capability manager told the media outlet.

"The intent is to reuse that STE software [and] have the virtual trainer in the future vertical lift platform and the next-generation combat vehicles. The trainer is the actual piece of equipment. The pilot will be training in his platform doing his mission rehearsal, will be doing training in his actual aircraft", Hamby said.

The US military however realise that even the top VR equipment can't replace real-life drills and experience and hopes to take the difference between these two training methods into account, John Ferrell, director of simulation for the Aviation Center of Excellence, said.

The US has recently increased its activities in developing new equipment based on modern technologies to give an extra edge to its forces after designating China and Russia as possible adversaries in an armed conflict. The Pentagon, a short while ago, boosted research in the sphere of military applications of artificial intelligence (AI).

Defence Advanced Research Projects Agency (DARPA) recently opened a project, which seeks to employ AI capabilities to design new armaments, while the US Air Force is seeking to use the technology to predict the movements of potential adversaries in the Pacific region.