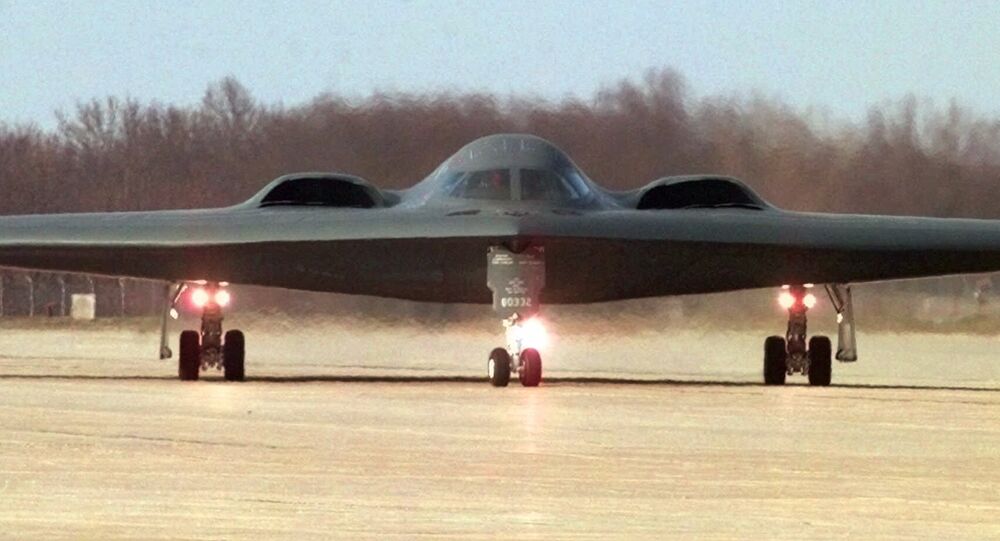 The US advanced B-2 bomber is known as the nation's only aircraft capable of dropping massive earth-penetrating bombs.

The United States Air Force has deployed B-2 nuclear capable stealth bombers along with airmen and equipment to England, the US European Command (EUCOM) said in a press release on Tuesday.

“A Bomber Task Force deployment of B-2 Spirit stealth bomber aircraft, Airman and support equipment from the 509th Bomb Wing, Whiteman Air Force Base, Mo., have arrived in the US European Command area of responsibility for a deployment to conduct theatre integration and flying training”, the release said. “The aircraft will operate out of RAF Fairford, England”.

EUCOM said the deployment of B-2s to England would help the US Air Force exercise at RAF Fairford as its “forward operating location for bombers”.

It added that the B-2 bombers would take part in joint and allied training in Europe in order to "improve bomber interoperability”.

“Training with partners, allied nations and other US Air Force units contributes to our readiness and enables us to build enduring and strategic relationships necessary to confront a broad range of global challenges”, it said.

Gloucestershire Live has posted a video showing one of the bombers escorted by two other airplanes flying over Fairford.

According to reports, two of the planes arrived before 1:00 a.m. local time, while the third aircraft landed a short time later.

It is not immediately clear how long the planes will remain stationed at the base.

The B-2 Spirit is a multi-role bomber capable of firing both conventional and nuclear munitions. Its stealth characteristics make it difficult to detect with conventional infrared, acoustic, electromagnetic, visual and radar systems, according to the Air Force. The aircraft can fly approximately 6,000 nautical miles (9,600 kilometres) without refuelling.