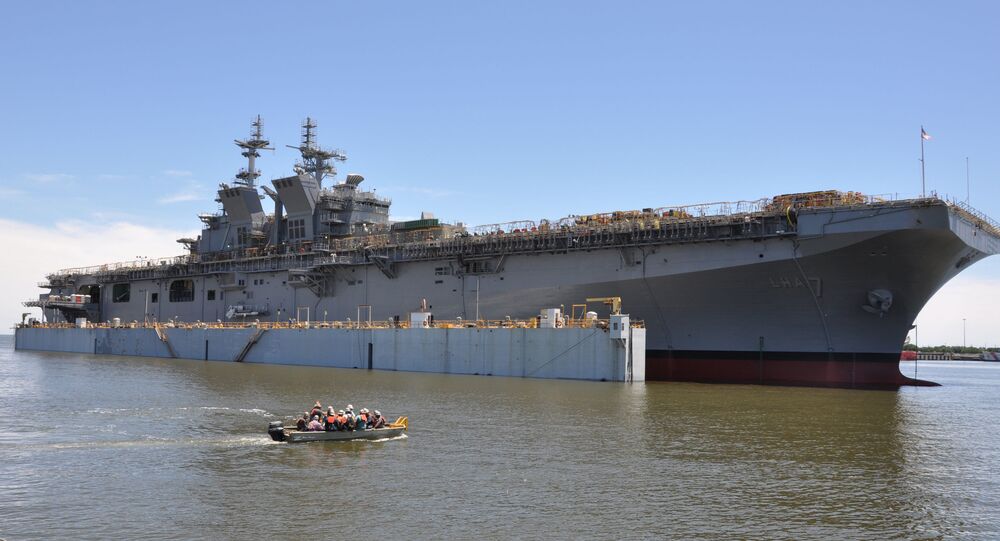 Another One: Amphibious Assault Ship Joins USS Ford in Series of Deployment Delays

Days after announcing the delay of the multi-billion dollar USS Gerald R. Ford’s deployment, a contractor revealed the US Navy’s latest amphibious assault ship, the USS Tripoli, may not even be delivered in 2019 as expected.

Shipbuilding company Huntington Ingalls Industries (HII) informed analysts on August 1 that the US Navy would have to wait until the end of 2019, or even early 2020, to see the USS Tripoli, its second America-class amphibious assault ship.

“The systems are working today. It’s just a question of whether they will work for the life of the ship,” HII Chief Executive Mike Petters said during the call, reported the US Naval Institute on Thursday. “We’re working through a couple of technical design issues that we’re working and discussing with the Navy about.”

USNI reported that the USS Tripoli was originally slated for a fall 2019 delivery date.

"We think that'll come to a resolution around the end of the year, and predicting whether it's the end of this year or the beginning [of] the next year, we don't want to put up sort of any extra pressure on that," Petters claimed. "We want to resolve that the right way."

Petters gave a late 2019 or early 2020 estimate for the USS Tripoli’s deployment, but did not provide further specifics.

Earlier this month, Sputnik reported the USS Gerald R. Ford had also hit a snag in deployment without an “end in sight,” according to Rep. Elaine Luria (D-VA). Currently, the $13 billion aircraft supercarrier only has two of its 11 weapons elevators needed for deployment.

“The elevators will be ready when she pulls out, or you can fire me,” Navy Secretary Richard V. Spencer told US President Donald Trump in during an Army-Navy football game in December 2018.

Deployment was originally scheduled for July 2019, but has since been pushed back until October.