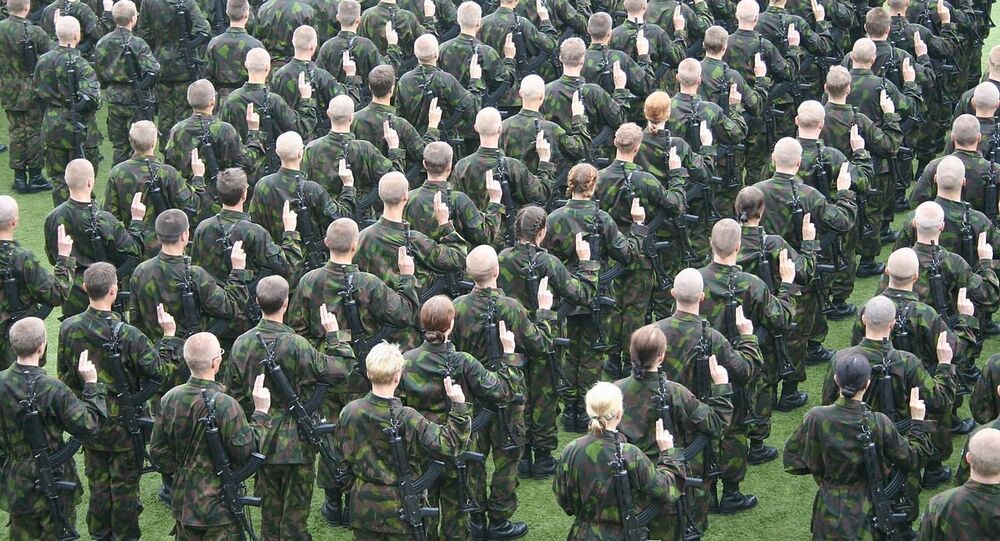 Only four percent of all respondents said that military conscription should be obligatory for ladies. Currently, only male citizens are obligated to serve in the military, while women have the option to enlist voluntarily, a situation many see as not gender equal enough.

About 65 percent of respondents are against including women into Finland's conscription system and would like it to remain unchanged, a survey carried out by pollster Taloustutkimus on behalf of national broadcaster Yle found.

It turned out that younger people are slightly more open to the idea. About 41 percent of respondents between 15-24 years of age said they supported obligatory civilian service for women. Still, only eight percent of the younger age cohort said female conscription should be mandatory.

Currently, only young male citizens are obligated to serve in the military, while women have the option to enlist voluntarily.

“This has been a blind spot in the equality debate. It's said that there should not be any career exclusively meant for men or women in Finland. Still, many still believe that war is a man's job. It is accepted in silence,” Rahkonen said.

Milja Suihko, the founder of the initiative Asepalvelus 2020 (“Military 2020”), which is working to reform the country's conscription system, suggested that the poll results indicate that younger people no longer see gender as a factor that determines their place in society.

Freshly-minted Defence Minister Antti Kaikkonen of the Centre Party recently requested an analysis of the topic of female conscription. One of his proposals is for young women to perform a couple months of compulsory civilian service which would complement the current system. Kaikkonen also suggested that society had bigger gender problems to address than male conscription alone, adding that the system wasn't equal for everyone and needed to be looked into.

“It is a motivation for both men and women to be able to take part in the defence of the country and contribute to the development of society. We'll see if we can find a model that's possible to realise,” Kaikkonen said.

The Bank of Ideas think tank, which is run by former Defence Minister Elisabeth Rehn, proposed a system in which both men and women would do a “citizen's service” with several options.