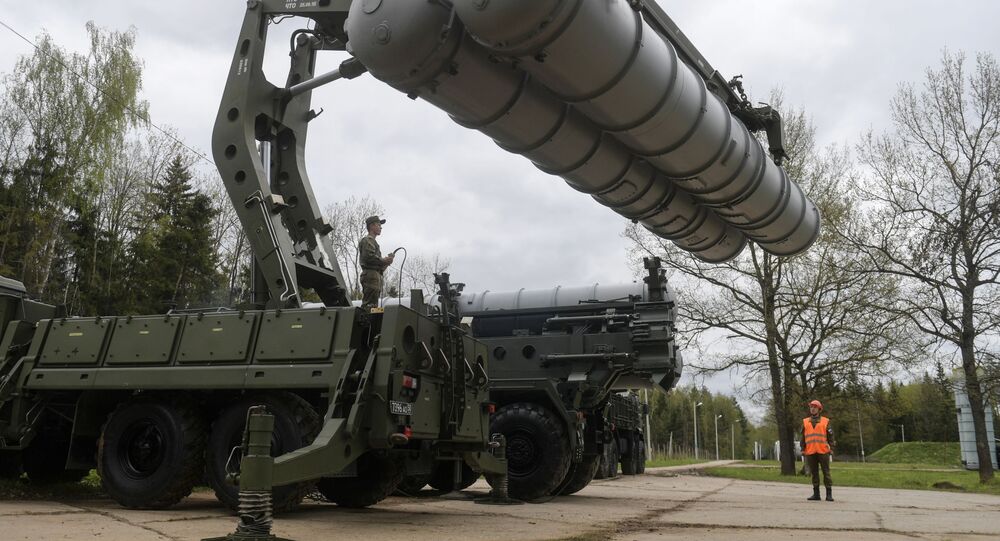 "A group of our military has been sent to Russia in order to learn operating S-400s and they have already started their studies", Akar said, as quoted by the Turkish NTV broadcaster.

The statement comes after NBC News reported that Washington had requested Turkey reject the deal with Moscow by the end of the first week of June, warning there would be negative consequences, including sanctions.

Washington has threatened Ankara with sanctions for its planned acquisition of S-400s and has repeatedly said it may delay or cancel the process of selling its F-35 aircraft to Turkey. Ankara, in its turn, has said that purchase of military equipment is its sovereign affair and has ruled out the possibility of abandoning its plans.

© CC0
SECRET F-35 Tech Will Be Compromised Should Turkey Buy S-400, US Media Claims
Moscow and Ankara signed in December 2017 a loan agreement for the delivery of S-400 systems. The first delivery of S-400s to Turkey is expected in June. Turkish cooperation with Russia on S-400 deliveries has been strongly criticized by NATO and the United States, which has cited security concerns and incompatibility of S-400s and NATO's air defence systems.
...
Reddit
Google+
Blogger
Pinterest
StumbleUpon
Telegram
WhatsApp
290