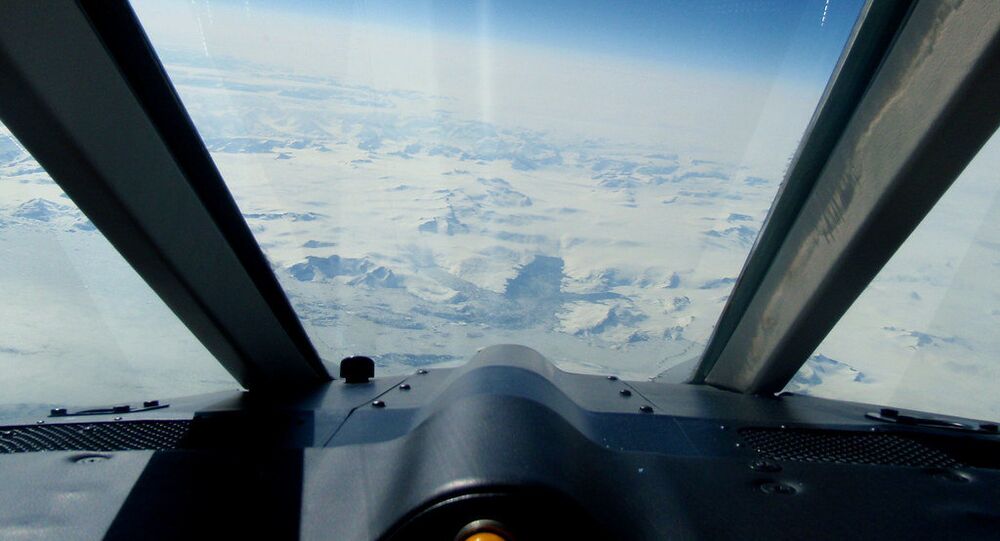 While stressing his intention of keeping the Arctic a "low-tension area", Danish Defence Minister Claus Hjort Frederiksen has threatened to station fighter jets on Greenland, which is part of the Danish realm.

Denmark will have to deploy fighter aircraft on its bases in Greenland, the world's largest island, if Russia violates Greenlandic airspace, Danish Defence Minister Claus Hjort Frederiksen of the liberal-conservative Venstre party has warned.

According to the Danish military, parts of Greenland will soon be within reach of Russian aircraft, capable of breaching Greenlandic airspace without hindrance. At present, Denmark is powerless to stop this, the defence minister admitted.

"We cannot tolerate violations of the Danish territory's airspace. We have to assert our sovereignty, just as we need it over Denmark and the Baltic Sea when we experience Russian violations. We must act in the same way in Greenland", Claus Hjort Frederiksen told the newspaper Berlingske.

According to the Danish military, Russia's military build-up in the Arctic involves tanker aircraft and fighter jets on the Nagurskoye airbase on the Arctic island of Alexandra Land located about 1,000 kilometres from the coast of Greenland, will allow the country to reach northeastern Greeland and its Thule base.

The Danish Defence Intelligence Service (FE) suggested in its risk assessment that Russia itself feels threatened by Western activities in the Arctic, which includes US plans to invest heavily in Greenlandic airports.

However, a contingency plan on Greenland to reject Russian aircraft will not be a cheap one. At present, the Danish Armed Forces lack both an air operation centre to manage the preparedness of its forces and the necessary communication system on Greenland.

While Greenland is gaining increasing international importance, it remains vulnerable to cyber attacks, Hjort Frederiksen told Berlingske, once again stressing Russia as a security threat, calling for the Defence Intelligence Service to be allowed to operate on Greeland.

By way of sparsely-populated Greenland, Denmark is an Arctic state and has launched a project to provide a basis on seabed claims beyond its exclusive economic zones, as have Norway, Canada, and Russia.

"You could say that Greenland is the only reason why Denmark, as a small state, bears some kind of weight in international politics", Major Hans Peter Michaelsen, a military analyst at the Centre for Military Studies at the University of Copenhagen, told Berlingske.

"So far we have based our policy on the fact that the Arctic is a low-tension area and we will continue to do so in the future", Claus Hjort Frederiksen assured Berlingske. In recent years, numerous reports by Danish military and security officials have designated Russia as the main threat to the Scandinavian country alongside China.

Since 2013, Danish F-16 fighter jets have been scrambled 184 times over Russian aircraft in international airspace approaching Danish interest areas. However, no major violations of Danish airspace proper have been reported.