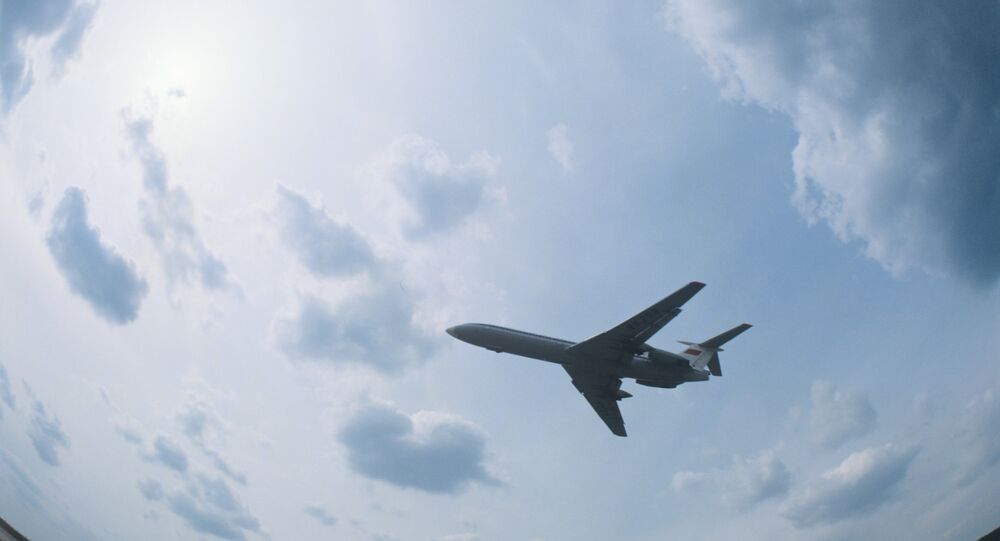 MOSCOW (Sputnik) - A group of Russian military observers plans to conduct an observation flight over the US territory from 12 to 20 May, the official newspaper of the Russian Armed Forces, Krasnaya Zvezda (Red Star), reported on Monday.

The flight of the Russian TU-154MLK-1 aircraft will be carried out within the international Treaty on Open Skies, the newspaper said.

The aircraft will depart from the Rosecrans Memorial Airport in the state of Missouri. The maximum flight distance will be up to 4,800 kilometers (2,982 miles).

The flight route has been coordinated with the United States, and US experts on board of the Russian aircraft will control the use of the surveillance equipment and the compliance with the treaty's provisions, the newspaper added.

The Open Skies Treaty was signed in 1992 and came into effect in 2002. Under the treaty, its signatories can carry out surveillance flights over each other's territories and openly collect information on the other's military forces and activities.

© Sputnik / Maksim Bogodvid
US Freeze on Open Skies Co-op With Russia Jeopardizes START Treaty - Scholars
The treaty covers most NATO member states as well as Russia, Belarus, Ukraine, Georgia, Bosnia and Herzegovina, Sweden and Finland. As a rule, flights of Russia and NATO member states are conducted on a reciprocal basis.