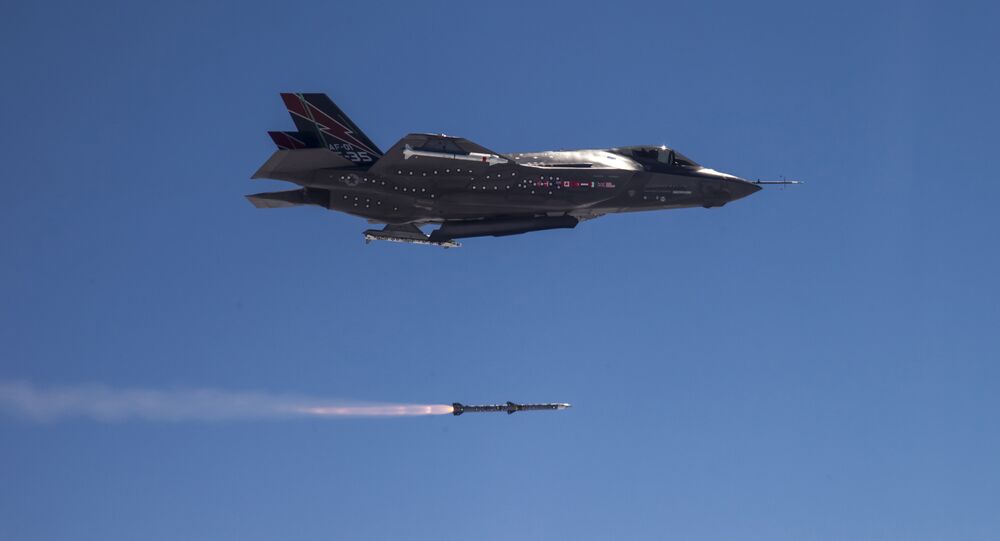 "Future potential [foreign military sale] customers include Singapore, Greece, Romania, Spain, and Poland with the [joint program office] responding to all official inquiries," Winter said. "The coming year promises to be another of substantial growth and progress across the global F-35 enterprise."

© CC BY-SA 2.0 / Dmitry Terekhov / IMG_8624
Moscow, Ankara to Benefit if Turkey Buys Russian Fighter Jets Instead of F-35 - Political Strategist
Winter said that Switzerland and Finland have considered obtaining the F-35 jet, and the US government is expected to respond to those proposals in August and November, respectively.

In December, Japan announced its plans to buy an additional 105 F-35 aircraft to supplement its originally planned force of 42 F-35 jets. The anticipated purchase makes Japan the largest international customer of F-35 aircraft.

On Monday, the Pentagon announced that the United States halted its deliveries and activities with Turkey on F-35 operational capabilities over Ankara's decision to buy Russian S-400 defence systems.