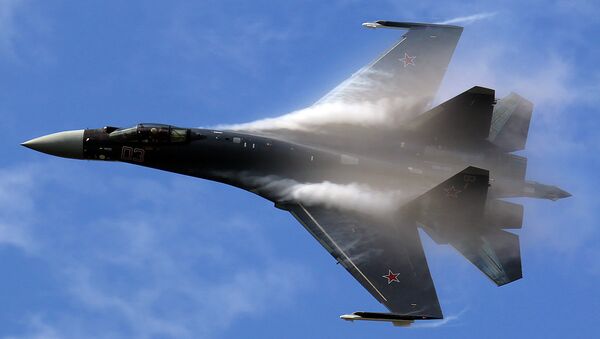 CC BY-SA 2.0 / Dmitry Terekhov / IMG_8624
Subscribe
International
India
Africa
The United States on Monday announced its decision to halt shipments of F-35-related equipment due to Ankara's plans to purchase Russia's S-400 missile defence system. Turkey, a US-NATO ally, has been planning to purchase 100 F-35 fighter jets from the US. Sputnik discussed this with Oliver Steward, a political strategist from the UK.

Sputnik: What could be behind the US' decision to suspend the supply of F-35 fighter jet parts to Turkey?

Oliver Steward: There are two reasons for this. Number one is actually technological, the fear with the United States is that F-35 technology could go into the wrong hands. So if Ankara, for example, is moving away from the US orbit, the concern would be that a potential rival, such as Russia, which is a geopolitical rival, could get its hands on F-35 technology. And also, secondly, if you cannot guarantee Ankara's alliance with the United States in the long-term, it wouldn't be strategically prudent for America to do so.

Sputnik: According to some experts, Russia can offer Turkey an alternative to the F-35s in the form of Su-35 jets. What is the probability of such an alternative deal materialising? How profitable and beneficial could this deal be for both parties?

Oliver Steward: I think a lot depends upon whether Ankara remains a member of the NATO alliance. I think when you're looking at in terms of air defence systems, I think I got it correct, the S-400 air defence systems from Russia, you can integrate that within the command structure more easily.

Moscow May Offer China, Turkey Export Variant of New Su-57 Fighter - Reports
When it comes to the Russian aircraft that you've mentioned, although there'd be tremendous cost-benefit towards Russian Federation, and we've seen this in terms of giving equipment to other nations, the difficulty in terms of Ankara, it's actually whether Ankara's decision and whether the halting of the F-35, whether it's more symptom of Trump being president and whether a new US president would renew this.

In terms of just looking at cost-benefits, I think it would be tremendously advantageous for Ankara to purchase Russian jets, in my opinion, because Russia doesn't have the same obligations, Russia isn't asking Ankara to be a member of a strategic alliance, as say opposed to America, so of course it would be advantageous for actually both parties, for both Russia and Turkey for the sale of these fighter jets to go through.

Sputnik: In your opinion, how necessary are the F-35s for Turkey's military industry and capabilities?

Erdogan Blames US for Triggering 2018 Economic Crisis in Turkey
So I think it has tremendous benefits, and I think potentially, in terms of its industry, in terms of supplying equipment to the fighter. What I would say is very concerning would be the dependency that countries such as Turkey would have upon the United States with this platform.

America is actually gaining for selling the F-35 fighter — and one of that is a technological dependency. These fighters are costing billions of dollars and you're going to be for the next 10, 20, 30 years depending upon the United States for technological support.

But in terms of it being a NATO partner, it would be beneficial because you can train with other NATO countries. The United Kingdom, as you know, has purchased F-35 fighters; the Israelis have F-35 fighters, so there's a lot of advantages in terms of bilateral relations and training, and particularly with NATO. NATO prefers different countries to use the same military aircraft, but there's always, shall we say, costs attached to that.

READ MORE: Ankara Needs Russian S-400s for Itself, Not for Reselling — Turkish Minister

Sputnik: Just a few hours after the news of the suspension of F-35 deliveries to Turkey, it was announced that the Pentagon plans to sell THAAD anti-missile interceptors to Saudi Arabia. Why did the US make this decision right now? Can this be interpreted as an attempt to pressure Turkey?

Oliver Steward: Yes it's actually a very good question, it has three components to it, so I'll start with the geopolitical component. Saudi Arabia is America's long-standing ally in the region; the United States has tremendous amounts of financial connections, as well as military connections, with the Saudi Arabian regime.

Secondly, in regards to Turkey: Ankara's foreign policy under Erdogan can be best summarised as neo-Ottoman. Ankara is looking to become a major power in the Middle East; we can see this in terms of Syria, its involvement against the Kurds. What the United States is actually favouring is strong Saudi leadership, they cannot guarantee Ankara as an ally anymore, because they believe that there is a shift in the balance of power in the Middle East, so it's looking towards Saudi Arabia as a security guarantor. Donald Trump has a very personal relationship with the Saudi leadership and it's beneficial for both parties.

Sputnik: How do you assess the level of involvement of military companies like Lockheed Martin, the Northrop Grumman Corporation, and Pratt & Whitney in the making of the aforementioned decisions?

Oliver Steward: That's a very good question. On this, what I can tell you, is that the United States military industrial complex has been well written, it's been well commentated, so it goes to show that these companies would have tremendous benefit or tremendous amounts of leverage, tremendous amounts of influence upon foreign policy in general and someone referred to this wider institution as the so-called "foreign policy establishment", which looks at potential conflict areas as a source of revenue.

What I can tell you, is that these defence companies have potential lobbying power over the US political system; that's what I'm prepared to say on the subject.

Sputnik: There have been visible tensions in US-Turkish relations lately. In addition to the F-35 debate, Turkey has repeatedly raised the issue of closing off the Incirlik Air Base to US forces. How do you assess the current level of Turkey-US relations? How will they develop in the future?

Ankara Accuses Riyadh of Reluctance to Share Info on Khashoggi's Murder
Oliver Steward: I think you have to look at the wider geopolitical context; you have to start off with the movement by Trump, and Trump's movement away from the perceived US doctrine of guarantor of European security and NATO. I don't believe for an instant that Donald Trump holds NATO in high regard, I think he's persuaded by his generals, I think he's persuaded by foreign policy people around him that NATO is a good idea, but I actually don't think he thinks it's a good idea at all.

So you've got to look at it from the US perspective, first of all. Secondly, the world is more multipolar. We are seeing a rise of Russia, Russia is becoming more of great power; China is also a great power. The world has moved on from the unipolar world, the world is now multipolar. So in that kind of geostrategic calculus, the world has become more crowded; and what that means in terms of Turkey, [is that] Turkey is starting to reassess its security relations with its neighbour which is Russia. Russia is a key actor in the region.

If you look at the Black Sea, for example, Ukraine, the strategic location of Turkey in the Black Sea, is very critical for Turkish-Russian relations. But when you're looking at Erdogan — Erdogan is taking notice of both Trump, how Trump sees NATO, and secondly, he's seen a change in the distribution of power. What Erdogan is perceiving is whether he can gain more advantage by moving closer ties to Russia, and I predict this is a great possibility.

Views and opinions, expressed in the article are those of Oliver Steward and do not necessarily reflect those of Sputnik.