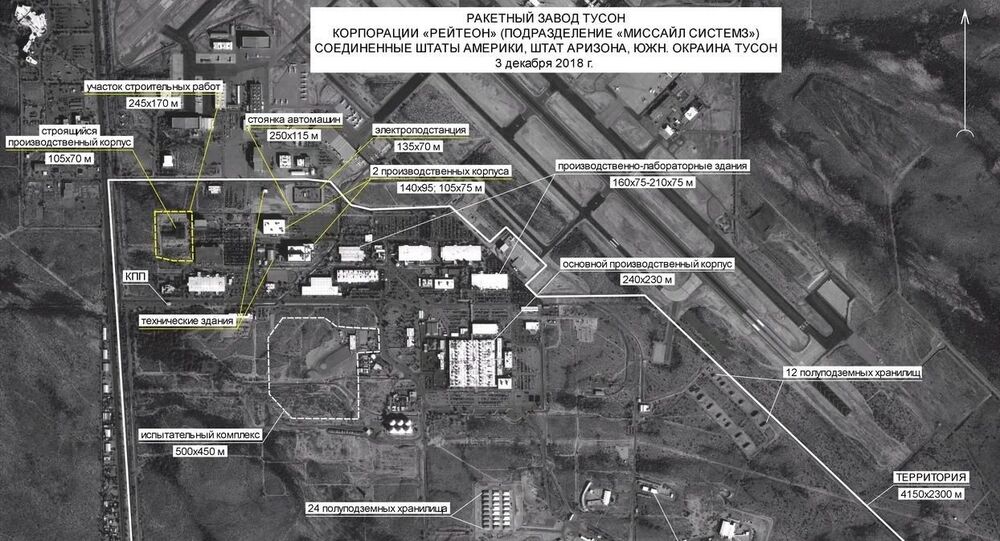 WATCH Footage of US Factory Capable of Producing INF-Violating Missiles

Earlier, following the news that the US would be pulling out of the Intermediate-Range Nuclear Forces Treaty, the Russian Defence Ministry released satellite images of a Raytheon Corporation plant it says had been prepared for the production of missiles prohibited under the arms control agreement.

Ruptly has published exclusive footage of the Raytheon factory highlighted by the Russian MoD, located in Tucson, Arizona.

According to the Russian military, the US was preparing to start production of new missiles long before Washington announced its intention to withdraw from the INF. The plant was said to have undergone modernisation in mid-2017 for the production of short and medium-range missiles. As evidence, Moscow released an image dated December 3, 2018 showing a massive factory complex, including three production areas, plus one still under construction, along with a test area, power station, and semi-underground storage facilities.

Russia suspended its obligations under the INF Treaty on Saturday, mirroring the US move to scrap the treaty, which bans land-based ballistic and cruise missiles in the 500-5,500 km range. The INF Treaty was signed in 1987, at the end of the Cold War, and aimed primarily at reducing the threat of a nuclear war in Europe.