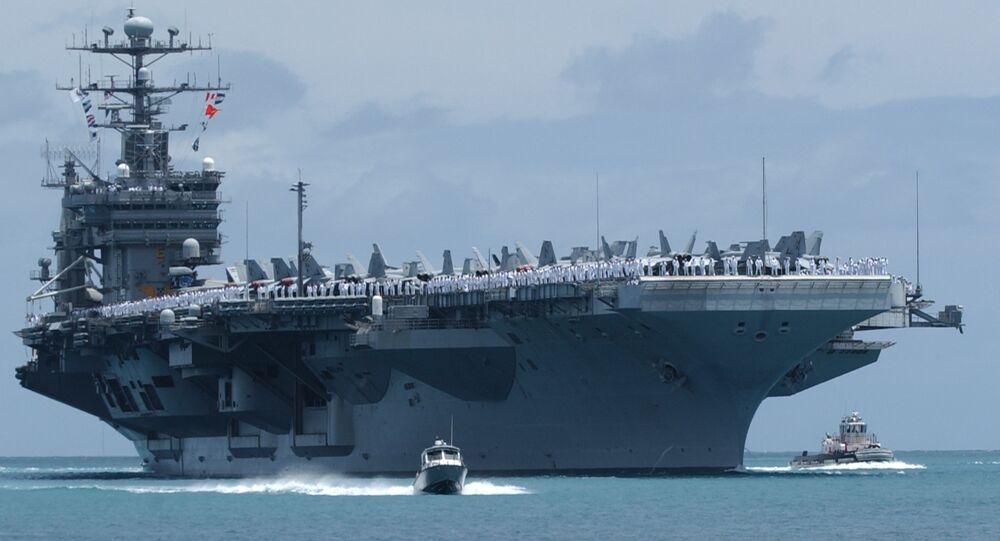 On aircraft carrier USS John C. Stennis, sailors will not only be welcome to attend run-of-the-mill religious ceremonies at the carrier's chapel, but also informal Heathen religious services known as a sumbel.

Heathenry is a modern Pagan religion with strong roots to Norse culture and mythology.

The latest development was recently revealed in a news release from the carrier, which introduced Aviation Electrician's Mate 2nd Class Joshua Wood as the Nimitz-class nuclear-powered supercarrier's Heathen lay leader.

In line with Military Personnel Manual 1730-010, lay leaders are appointed by commanding officers on the basis of "volunteerism, high moral character, motivation, religious interest and a letter of certification by the appointee's religious organization."

Wood, who has practiced the religion for more than five years, was able to get his certification by working with a community of Heathenry subscribers in San Diego.

"They are my surrogate family… They helped me understand the religion, and with their help, I transitioned from someone who was merely interested in the religion to someone who is well-versed enough to lead others in prayers," Wood said. "I went through them to get certified to leader services on the ship."

Although the release failed to indicate how many sailors were participating in the services, it did cite one practitioner, Aviation Electronics Technician Airman Joshua Shaikoski, who was raised in the US, but born in Norway.

"I never felt like I connected with anything spiritual until I visited Norway and discovered a group of Heathens who opened my eyes to their religion," Shaikoshi said. "When I returned to Washington, I met a kindred that aligned with my beliefs, and I've been with them ever since."

Nordiska Asa-samfundet / facebook
In Thor We Trust: Swedes Revive 'Back to the Roots' Viking Heathenry

"We do a lot of praying to the god of seafarers, Njord," he added, stressing that reports of animal sacrifices within the religion were the "[furthest] from the truth."

Heathenry, however, is no stranger to the US military. In 2013, the US Department of Veterans Affairs approved a measure allowing the Hammer of Thor, also known as Mjölnir, to be added to a list of religions emblems for engraving on VA-issued headstones or markers.

More recently, in April of 2018, the US Army granted a Heathenry-practicing servicemember the right to keep his beard, which is more of a tradition and not a requirement of the religion, according to the Army Times.