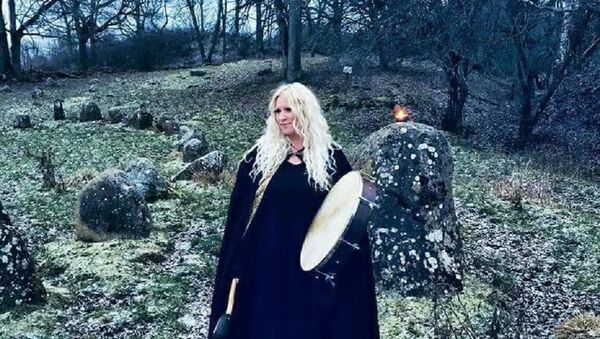 Pre-Christian paganism is on the rise across Scandinavia, as more Swedes choose to rejoin the traditional faith of Thor and Odin, despite being habitually accused of nationalism and their symbols being "expropriated" by neo-Nazis.

Ancient pagan beliefs appear to be making a comeback in Scandinavia. The Nordic Asa-Community alone has grown to over 800 members over just a few years, whereas older communities are picking up in numbers as well, the newspaper Dagens Nyheter reported. The name of the faith, Asatro, translates as allegiance to the Æsir, a set of deities in Norse mythology.

"It is important for us to preserve our traditions. We do not know how many of our traditions have already disappeared. They will never be able to be recreated, so it is important to ensure that nothing is left out of time, and to revive our Nordic traditions and our way of life," Stenar Sonevang of the Nordic Asa-Community told Dagens Nyheter.

According to Sonevang, one of the founding members of the society, it was founded in 2014 and was approved as a religious community in 2016. Since then, it has grown from 50 to over 800 members. Sonevang described himself as a "seeker" who has never felt at home with either the Church of Sweden or Abrahamic religions as such, even though he was baptized as a child. Instead, he enjoyed his time in the woods most of all.

"We started because the interest was large. Many used to sit in their cottages and hold offerings in their gardens, but there has been no organized alternative," Sonevang explained.

By Sonevang's own admission, the ambition is to grow further.

"There is no limit. Heaven is the limit. We shall see. Iceland was the world's largest Asatro community, but we're next largest after only four years, for all I know," Sonevang explained.

Nordic Asa-Community chairman Håkan Ljunggren, who was introduced to Asatro by his grandfather in a bid to hold the Christian influences at bay, argued that pagans get a lot of bad publicity due to neo-Nazis often resorting to the same runes and Viking imagery. In 2017, there was a debate in Sweden on banning the Tyr rune as a hate symbol.

Also Sonevang contested that linking the Asa-Community with Nazism and racism was "saddening." Although the rune was utilized by the Nazis during WWII and today's neo-Nazis, the symbol is much older than that and certainly doesn't change its meaning because other groups misuse it, he argued.

"We are excited to reach out. But it becomes surreal when you read that the Nordic Asa-Community are evil Nazis, while we only stood here and celebrated Freyja [the goddess of love, beauty and fertility] and love," Sonevang said. "Last year, there was a lot of talk about the Nordic Resistance Movement, but they are a completely independent organization. We work with Asatro and are a non-political religious community," he added.

Tusind tak it’s Freyja’s Day! It was a rotten Valentine’s Day so make this Friday a day of love. All hail Freyja, goddess of love and sexuality!❤️ #FolkloreFriday #Asatru #Vikings #FridayFeeling pic.twitter.com/0oxbh1nWVt

​Sonevang argued that being proud of one's origins or traditions was not tantamount to racism, but rather was "common sense."

Iceland, where paganism is the most popular religion after Christianity, is currently trying to get its first pagan temple in hundreds of years. The Ásatrú temple in Öskjuhlíð in Reykjavik is expected to be ready in the latter part of 2018. The Icelandic heathen community has reportedly also seen a marked growth.