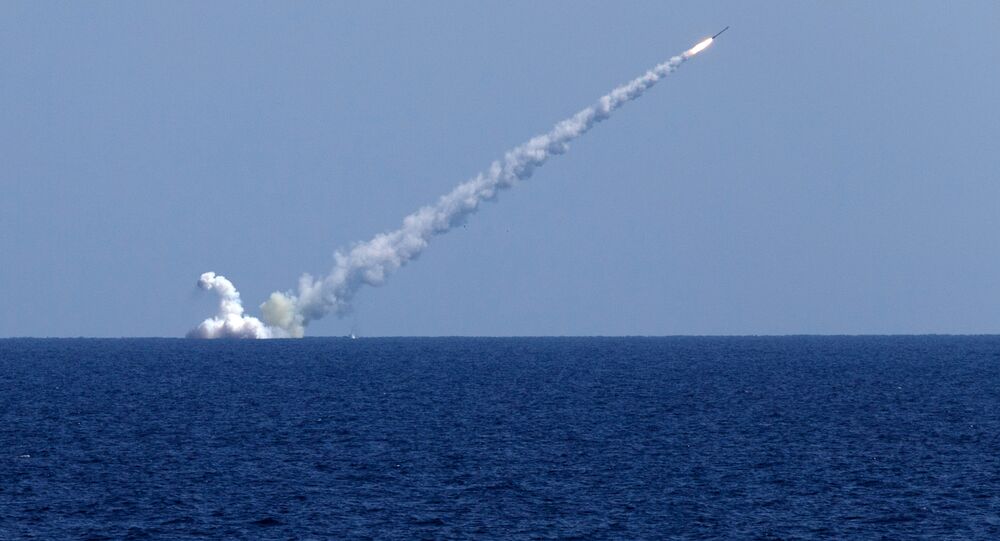 Little is known about the 9М729 (NATO reporting name SSC-8) missile, which, as the US claims, violates the Intermediate-Range Nuclear Forces (INF) Treaty. Its characteristics are also a mystery, with military experts having multiple theories on the missile's origins.

Many Western military media outlets find similarities between the alleged photos of 9М729 missiles and Kalibr series sea-launched missiles (NATO reporting name SS-N-27 Sizzler), developed by Russian NPO Novator. Its export versions have an operational range between 50 and 300 kilometres, while the latest 3M-14/3M-14T has a range of between 1,500 and 2,500 kilometres.

Since the 3M-14 is a sea-launched missile, it doesn't violate the INF Treaty, but the media claims that Russia modified it and adapted it to be launched from Iskander (NATO reporting name SS-26 Stone) mobile missile launchers.

Kalibr missiles can be launched in any weather, alone or as part of a missile salvo. It's capable of carrying nuclear warheads, as well as ordinary ones weighing up to 500 kilogrammes. These missiles can reach a 1-kilometre altitude, but can also fly as low as 20 metres above the water's surface, making it hard to be spotted by radar.

READ MORE: Lavrov: US Wants Russia to Ban Missile That Was Tested Within INF Framework

Kalibr is also known for its capabilities to penetrate anti-missile defences — while it travels most of the way at subsonic speeds, the missile accelerates to supersonic speed during the terminal stage of its flight to make interception much harder.

According to another theory, 9М729 stems from an air-to-ground Kh-101 missile, developed by the NPO "Raduga" (Russian for rainbow), and widely used by the Russian Air Force in Syria. Its maximum range reaches some 5,500 kilometres, but according some estimates it can travel as far as 10,000 kilometres, although this data has never been confirmed. It can carry up to a 450-kilogramme warhead or a nuclear one (in Kh-102 modification). Kh-101's speed varies from 190 to 270 metres per second.

The missile can guide and strike even moving targets with precision. One of its key features is to switch targets mid-flight, making it highly flexible. Another notable feature of this missile is its low radar visibility, making it barely detectable.