A US Navy aircraft carrier making a port call in Hong Kong has mysteriously caused massive problems for people in the area trying to use their cellphones and other electronics, according to local reports.

The USS Ronald Reagan arrived at Hong Kong on Wednesday around noon. Immediately after dropping its anchor, people in the surrounding area found themselves unable to open their cars remotely and cell phones users complained of disruptions in service, according to a report published by Asia Times. 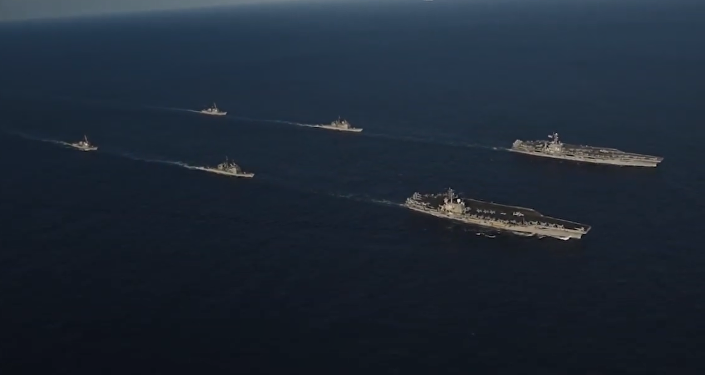 The Communications Authority for Hong Kong has confirmed it received inquiries and calls concerning irregular wireless service, the report said. A spokesperson for the US Consulate-General there said he had no knowledge of the carrier interfering with civilian vehicles.

Impacted vehicles were primarily Japanese-made, according to a radio communications expert in the area. The remote lock systems on these cars generally operate on a frequency of 315 MHz. The Asia Times suggests that this frequency is close to the frequency used by electromagnetic equipment aboard the USS Reagan.

An observer told the Asia Times that the USS Reagan's crew may have activated anti-radio interference and anti-espionage measures as the huge ship sailed within a few kilometers of the People Liberation Army's garrison in Hong Kong. Further, the Reagan may have activated these measures to pre-empt Chinese espionage efforts originating at a PLA naval base on Stonecutter's Island, which was only a "stone's throw" from the US carrier, according to the Asia Times.

The Reagan has been a frequent visitor to Hong Kong since 2003, frequently stopping for supplies. Electronic interference issues have not been reported by civilians during previous port calls, however, the report notes.

In September, Beijing denied a US request for the USS Wasp to drop its anchor at the former British colony. Beijing and Washington have engaged in an economic war after US President Donald Trump fired the first salvo with tariffs on Chinese goods, which led to China responding with tariffs on American goods.

Ahead of a G20 summit next week in Buenos Aires, which both Chinese President Xi Jinping and Trump will attend, the two countries have taken steps to ease tensions brought on by the trade war. PLA Hong Kong garrison chief of staff He Qimao and Chinese officers were invited aboard the USS Reagan during the visit. Two US Navy officers, He, and US Consul-General Kurt Tong were photographed cutting a huge cake with a sword, the South China Morning Post reported Friday. The cake was modeled after the aircraft carrier itself, with the words "HONG KONG" featured prominently on the carrier's flight deck.