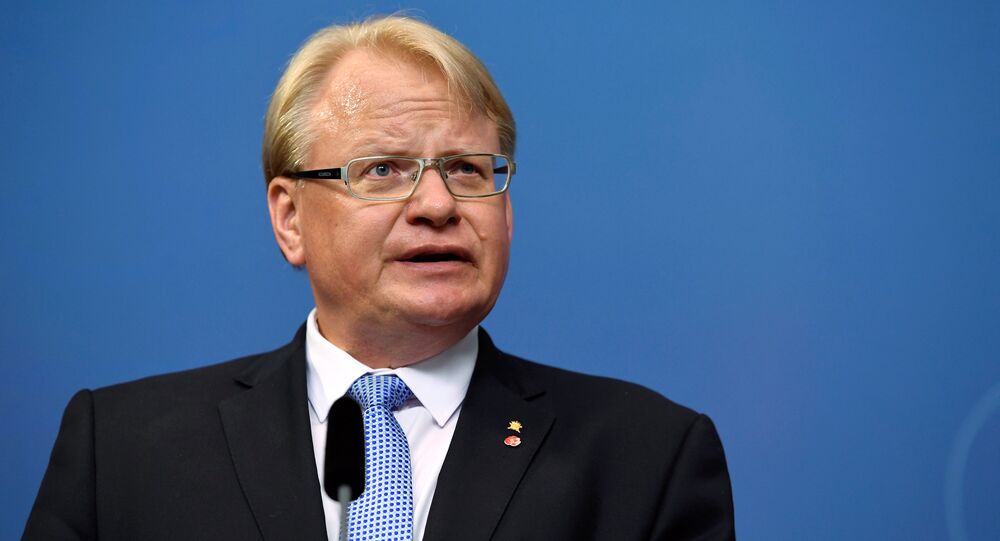 Sweden's top ranking politicians reiterated NATO Secretary General Jens Stoltenberg's criticism of the idea of the EU establishing armed forces of its own and stressed the importance of trans-Atlantic cooperation with the US instead.

"We have no plans to support [the idea of an EU army] from the Swedish side. We see the EU as cooperation between nation states and not a federation, and we also proceed from the idea of freedom of military in defence matters. Our standpoint on this matter is crystal clear," Peter Hultqvist said, as quoted by the daily newspaper Svenska Dagbladet.

Hultqvist stressed that Sweden saw defence solely as a national issue and 'not part of any EU mission'.

The idea was also slammed by his party colleague and caretaker Prime Minister Stefan Löfven.

"There is an added value in the European Union that we must take care of, but it is not a joint army," Löfven was quoted as saying by the newspaper Dagens Nyheter. "We must be able to defend ourselves and take responsibility for the defence of the EU. But we must also act for common security by working to reduce tensions and the risk of conflicts," the Social Democrats leader continued.

Löfven, who has been in charge of Sweden since 2014, stressed that the EU was a 'peace project' and emphasised the importance of having the 'best' relations with the US as EU's 'trans-Atlantic link'.

"My message has always been that it's good for the EU to do more on the defence side, as long as it is within NATO's needs. For NATO remains the foundation of European security. The EU cannot replace NATO, all the less after Brexit when 80 percent of NATO's defence spending comes from non-EU countries," Stoltenberg was quoted as saying by Svenska Dagbladet.

Stoltenberg additionally stressed that NATO had ample cooperation mechanisms in place and called it 'the most successful defence alliance in history'.

Previously, Emmanuel Macron's idea of a Europe able to defend itself 'independently of the US' triggered a diplomatic intermezzo with US President Donald Trump, who attributed Macron's suggestion to 'very low approval rating'.