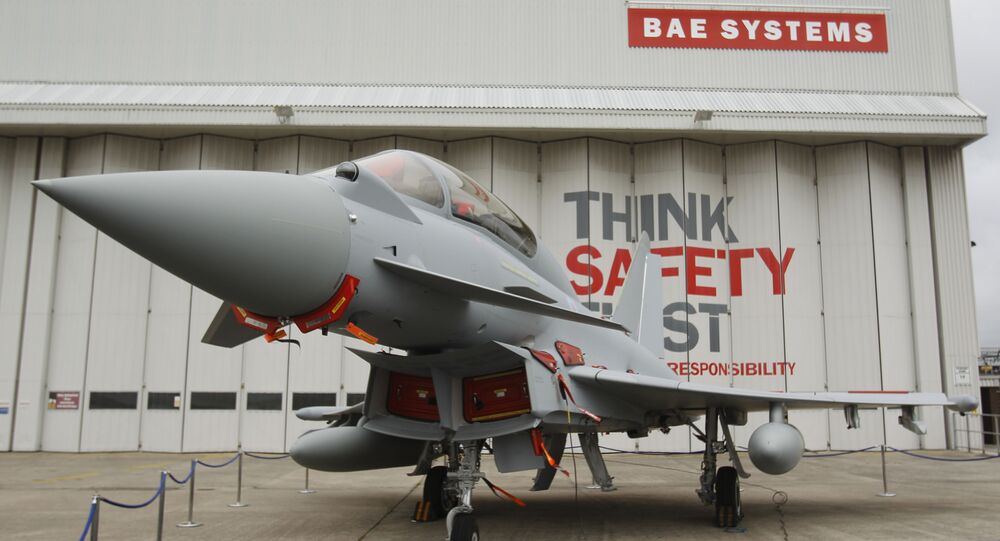 The outlook for Britain's biggest defence company BAE Systems (BAES.L) remains unchanged, while underlying earnings for its shares are expected to correspond to 2017 figures.

BAE Systems, that sells Typhoon fighter jets to Saudi Arabia and military equipment to other partners, has issued a trading update on Thursday.

In international markets, the company plans to stabilise the production of its £5 billion Qatar Typhoon and Hawk programme in the next ten years.

The deal with Qatar was feared to come at a cost for the British taxpayers "by concentrating about 25 percent of their portfolio risk in one transaction."

In its dealings with Saudi Arabia, despite the controversy surrounding the killing of Saudi journalist Jamal Khashoggi in the Saudi consulate in Istanbul on October 2 and the pressure on Britain to reconsider relations — including trade — with Riyadh, BAE systems has issued a positive outlook.

"Whilst a degree of geopolitical turbulence exists, the potential pipeline for Typhoon remains positive with opportunities both with partner nations and through exports," the manufacturer said.

The company continues work on developing the Hunter Class frigate programme in Australia, expecting to sign a contract in the coming months.

At the same time BAE's Type 26 frigate design with Lockheed Martin Canada was selected as the preferred bidder by the Canadian government in October.

BAE Systems, which builds ships and fighter jets for the UK, and combat vehicles and other equipment for the United States, said that Brexit near term impacts across the business are likely to be limited.

"There is relatively limited UK-EU trading and movement of EU nationals into and out of BAE Systems' UK businesses… BAE Systems will support the UK government in achieving its aim of ensuring that the UK maintains its key role in European security and defence post-Brexit, and to strengthen bilateral relationships with key partners in Europe," the company announced.