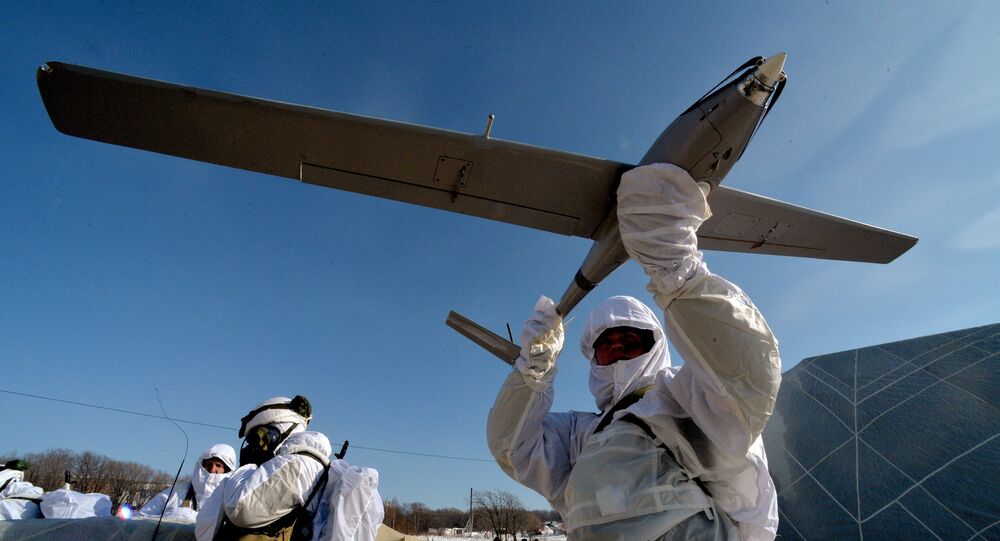 MOSCOW (Sputnik) - Russia is finishing the development of unmanned aerial vehicles (UAVs) capable of reaching any point in continental Europe if they start from the Kaliningrad region, or Canada if they fly from Chukotka, the Russian Armed Forces' official newspaper Krasnaya Zvezda ("Red Star") reported on Tuesday.

The new UAV systems will be capable of performing tasks to a range of up to 3,000 kilometers (1,864 miles), the newspaper said.

Over the past six years, almost 40 "unmanned" military units and subunits have been formed within the Russian army, they received over 1,800 vehicles capable of conducting reconnaissance at a distance of up to 500 kilometers, the publication said.

© CC BY 2.0 / Dave Husbands
UK Uses Drones to Simulate Combat With Russia in Military Exercise - Reports
The publication also recalled that over the past six years, "repair battalions and repair companies have been restored in the Russian Armed Forces. This allowed to increase the serviceability of the armament fleet to 94 percent within the whole Armed Forces, and to 98 percent within the Land Forces. Exactly six years ago, on November 6, 2012, Sergei Shoigu was appointed Russian Defense Minister.

According to the newspaper, the share of modern weapons in the Russian strategic nuclear forces reaches 81 percent. The number of cruise missiles in the arsenal of the Russian army has increased 30-fold over past six years.

At the same time, the total number of land- sea- and air-based missile delivery systems increased more than 12-fold over the period, the publication noted.