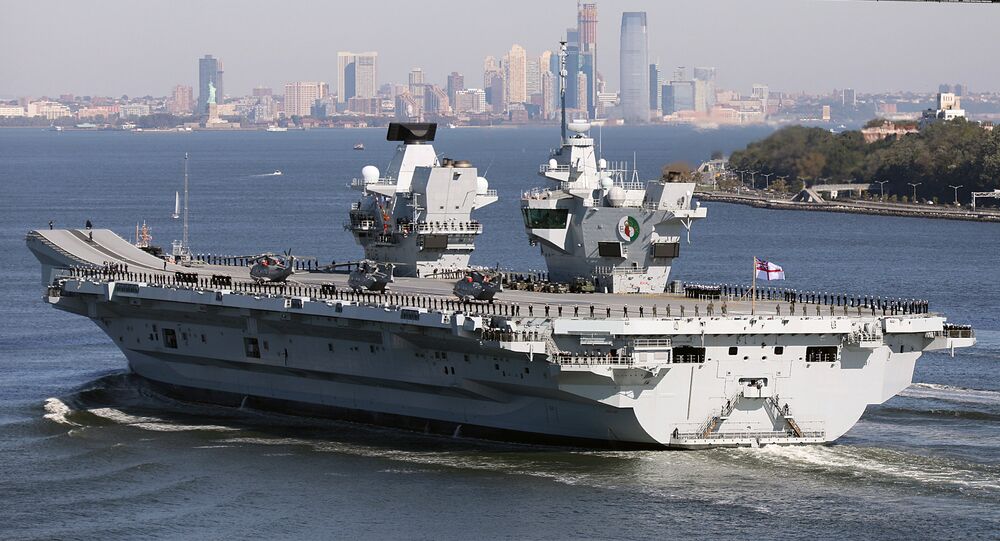 His remarks came after a report published by the UK's National Audit Office indicated in April that the Royal Navy has suffered a manpower shortage of 16 percent over the last few years.

Captain Jerry Kyd of Britain's most powerful ship ever, the HMS Queen Elizabeth, has urged the Royal Navy to recruit several thousand additional sailors in order "to bring the fleet up to strength," according to The Telegraph.

He said in this context that retention rather than recruitment remains a "constant battle" for senior naval officers.

Kyd added that ensuring balance across different branches of the Royal Navy is still an issue as the navy continues to deploy new vessels to the fleet and adapt itself to new challenges.

"This again is why we are looking at innovative manning.  It is a constant battle — you have to have a strategy which balances your ends, ways and means," he pointed out.

Kyd referred to the combination of sophisticated aircraft carriers, as well as naval destroyers, submarines and jets which he said probably means that it is the "most potent military task group we will have put together since 1982."

"It is a strategic and political tool, […] it is all about deterrence," he pointed out.

© AP Photo / Victoria Jones/PA
No Ruling the Waves for Royal Navy as Major Warships Remain Tied Up in UK Ports
His remarks came after the UK Ministry of Defense revealed that the sailor shortage had kept a considerable proportion of the fleet at port indefinitely: four of the Royal Navy's 13 frigates have not spent a single day at sea in the past nine months.

Earlier, the UK's National Audit Office said in a report that the navy's manpower shortage stood at 16 percent between 2016 and 2017.

The 71,650-ton Queen Elizabeth has been undergoing sea trials since setting sail from Scotland's Rosyth dockyard in June. The aircraft carrier is due to enter operational service in 2