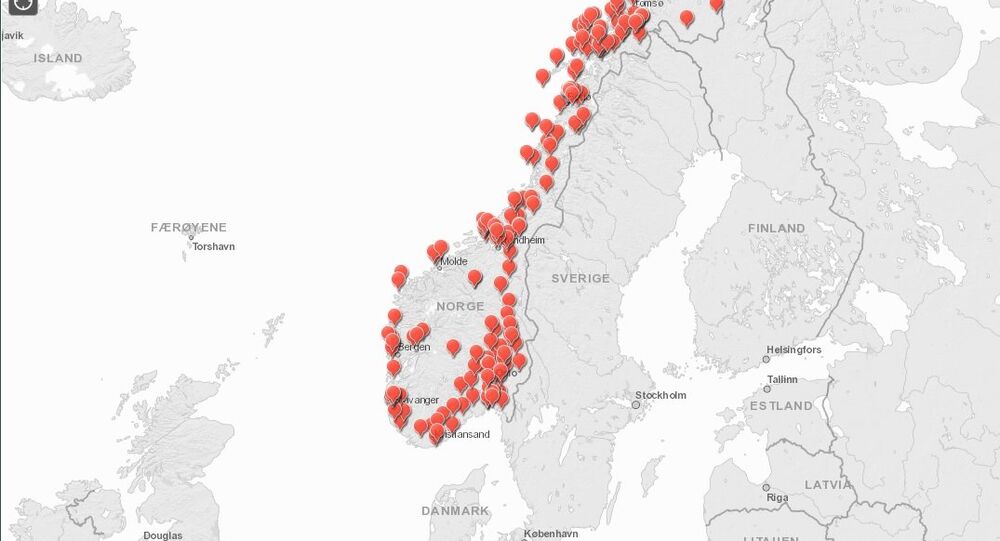 A digital map published by Norwegian authorities shows 239 "no flight" zones where drones are prohibited. It is searchable and includes geographical maps and aerial photos. Experts believe this disclosure can assist foreign intelligence and terrorists.

The map shows red marks over objects the authorities previously tried to keep secret, including a facility often referred to as the government's wartime headquarters. Several of the Intelligence Service's facilities are also displayed with exact coordinates.

While the idea of this disclosure was to highlight areas where drone navigation is prohibited, it triggered protests from pundits, who suggested this measure jeopardized Norway's security.

"I think it's very problematic. I believe this map shouldn't have been published at all," Norwegian Maritime Academy researcher Ståle Ulriksen told national broadcaster NRK. "I understand that it is important to have a ban on drones, but it seems to me that this has provided a very nice and handy intelligence tool for those who want to inflict harm on Norway," he added.

Ulriksen explained that the map includes a lot of sensitive information, which would save any intelligence organization a lot of work. By simply zooming in and comparing it with aerial photos of the location, one could gain a lot of useful information, he pointed out.

"This gives people an opportunity to travel to these areas and find more about them. They will probably also be investigated from satellites," former chief of the intelligence department E14 Ola Kaldager told NRK.

Earlier, a ban on drone photography or data collection was introduced, which led to the fact that Apple was denied the opportunity to make a 3D view of Oslo.

"The map is needed for both individuals and companies to know where it is allowed to film and photograph from the air, and where it is not," NSM deputy director of security management department Frode Skaarnes explained to NRK. "Our map shows around 250 red dots today, but they do not say anything about what exactly is there and what these facilities are used for," he added.

Skaarnes suggested that much has changed from the Cold War era, when a military facility could be held secret.

"To deny its existence would be very difficult today, since satellite photography is so readily available," Skaarnes pointed out.