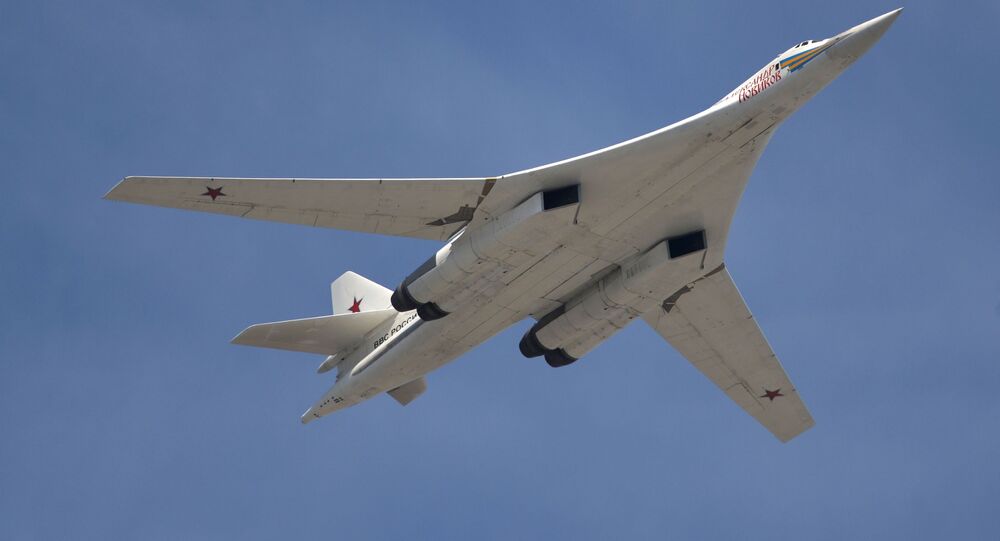 The giant supersonic strategic bomber with variable-sweep wings is the biggest and heaviest in its class in the world. It is capable of flying 12,300 km without mid-air refueling.

Russian TV Channel Zvezda released captivating footage of mid-air refueling of a 110 ton Tu-160 (NATO reporting name: Blackjack) supersonic jet nicknamed "White Swan" for its white color and incredibly large variable-sweep wings, with their span measuring 55.7 meters. Although the titanic bomber jet is capable of covering thousands of kilometers, its nine hour flight from the Russian city of Saratov to Anadyr, the easternmost town in Russia, via the north pole required some refueling.

After successfully finishing the lengthy flight, which included a combat task as part of the military drills, the pilot commented on a journalist's question about how hard it is to spend nine hours in a flight jump-suit. According to the veteran pilot, it isn't entirely comfortable, but noted that it is an acceptable tradeoff for the protection the suit provides — it not only protects from hypothermia, but also has built-in floating balloons, designed to save the pilot from drowning in the cold waters of a sea or an ocean.