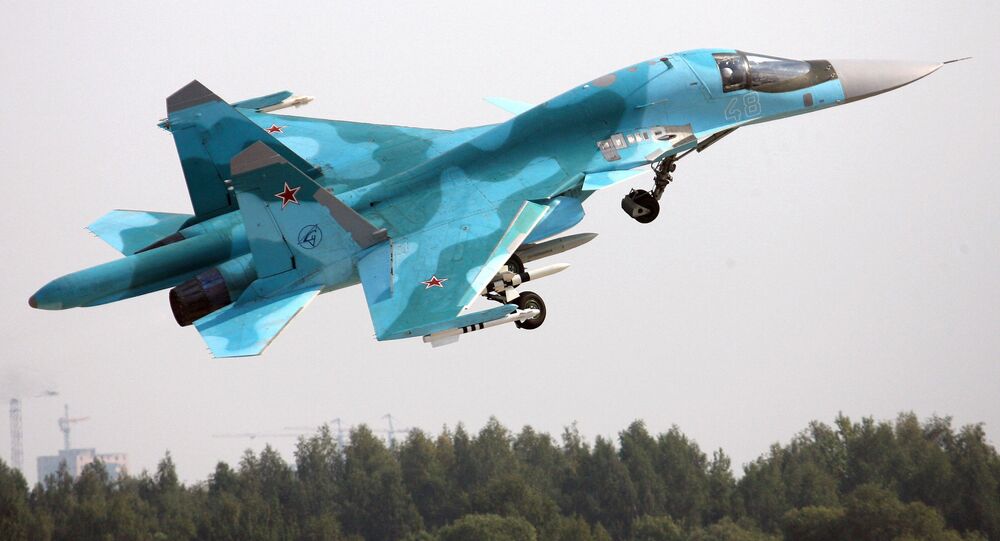 On July 24 a group of Russian jets, including Su-30, Su-24, Su-25 and Su-34 aircraft participated in military drills in the Caspian Sea along with the Russian Navy.

At least two successful launches of a Kh-31 hypersonic missile by a Su-34 fighter jet during Russian military drills in the Caspian Sea made it to a video published on YouTube. The video shows the missiles hitting their designated target in the sea. The target later sank due to extensive damage to its hull. It is unclear though which model of the Kh-31 missile was used in the drills.

The Caspian Sea military exercises saw several models of Russian aircraft, including Su-30, Su-24, Su-25 and Su-34, and at least 10 Russian Navy vessels working jointly to detect hypothetical targets at sea and hit them. The drills took place on July 24.

Kh-31 (NATO reporting name AS-17 Krypton) is a hypersonic air-to-surface anti-ship missile, which can reach speeds of up to Mach 3.5, making it a hard target for anti-missile defenses. The missile can lock on to a target's radio emission source and, depending on the model, can hit targets within a range of 15-110 kilometers (for the basic model Kh-31A) or 7.5-160 kilometers (for the Kh-31AD).