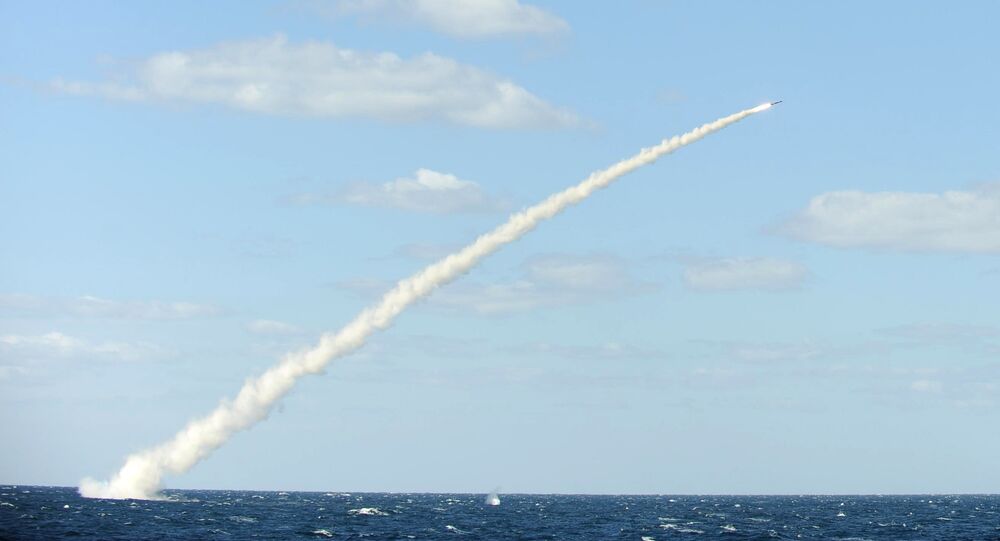 As the date for the next inter-Korean summit approaches, South Korea has launched its first missile-capable attack submarine.

Around 350 people attended the ceremony on Friday at Daewoo's Okpo Shipyard in the Tsushima Strait, where the Dosan Ahn Chang-ho submarine was revealed, Yonhap News Agency reported.

"The Dosan Ahn Chang-ho submarine is the navy's first mid-class submarine and has been built with a combination of cutting-edge technologies," the Korean navy said in a press release. "This is a national strategic weapons system capable of responding to all threats, and it will help strengthen the navy's defense capabilities."

Weighing in at 3,000 tons and costing $700 million, the boat has six vertical launching tubes capable of firing submarine-to-ground ballistic missiles and carries a crew of 50. It is nearly twice the size of South Korea's other 18 submarines, Yonhap noted.

​While South Korea got technical help from German defense firms, the design is domestic, and 75 percent of the sub's parts were made by Korean businesses. It is the first of three planned diesel-electric attack submarines, Channel News Asia noted.

Before the navy takes delivery of the Dosan Ahn Chang-ho subs, though, they need to be tested. Yonhap said the navy expects delivery in 2020 and hopes operational deployments can begin by January 2022.

South Korean President Moon Jae In spoke at the launch ceremony, saying the sub represented a "leap forward in the country's" defense industry. "Peace through power is the unwavering security strategy of this government," he said.

Peace remains more on the agenda than it has in a long time, with Moon scheduled to meet his counterpart, North Korean leader Kim Jong Un, in the North Korean capital of Pyongyang on September 18 for the third inter-Korean summit this year.

Moon sent a delegation across the border last week to hammer out the final details of the summit schedule, which will include talks about how to proceed with denuclearization of the Korean Peninsula and the possible signing of an end-of-war declaration, Sputnik reported. The two countries have technically been at war since 1950, with only a cease-fire agreement being signed in 1953. A 65-year-long military standoff has ensued since, with 28,500 US troops still garrisoned in South Korea and the North having obtained nuclear weapons as a guarantee against invasion.

"We have set off on a grand journey toward the denuclearization of the Korean Peninsula," Moon said. "But peace is not given gratuitously."

Also on Friday, a long-planned joint liaison office opened in Kaesong, North Korea, to facilitate cross-border exchanges like those held in recent months, which included the reunion of families separated by the two-thirds of a century-long standoff.