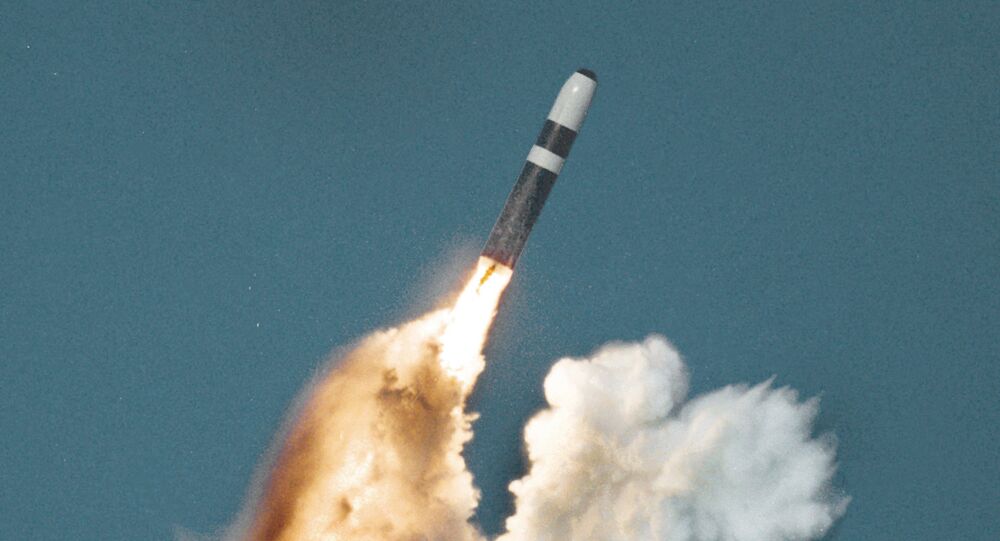 "Whatever our colleagues from the alliance say, NATO countries still regard Russia as potential adversary. And it is quite obvious that their military capability, including the nuclear triad, is targeting Russia," Medvedev said in an interview with Russia's Kommersant newspaper.

This also concerns NATO’s non-nuclear weapons and tactical nuclear forces, which take on the role of strategic weapons once they are deployed close to Russia’s borders, Medvedev pointed out.

© AP Photo / VANO SHLAMOV
Russian Prime Minister Warns NATO Against Accepting Georgia
Such capabilities can cause "colossal" damage, Medvedev added, noting the Russia should understand how to confront these forces.

Dmitry Medvedev stated however, that Russia would be ready to cooperate with the United States if Washington displays a willingness to resume relations with Moscow.

"The door is still open. Especially bearing in mind that it was not us who started a sanctions campaign, various restrictions, expulsion of diplomats, imposition of economic measures… It [the United States] could make a move that would show that it wants to resume relations. We are ready for this," Medvedev said.

The Russian prime minister also said that the initiative to sign the European Security Treaty could always be revived but political will is needed.

"Everything can be revived but the will is needed," Medvedev said answering when a question concerning the European Security Treaty initiative.

In June 2008, Medvedev, who at the time was Russia's president, proposed developing a new European security agreement between Russia, the European Union, NATO and the Collective Security Treaty Organization (CSTO). The treaty still has not been signed.