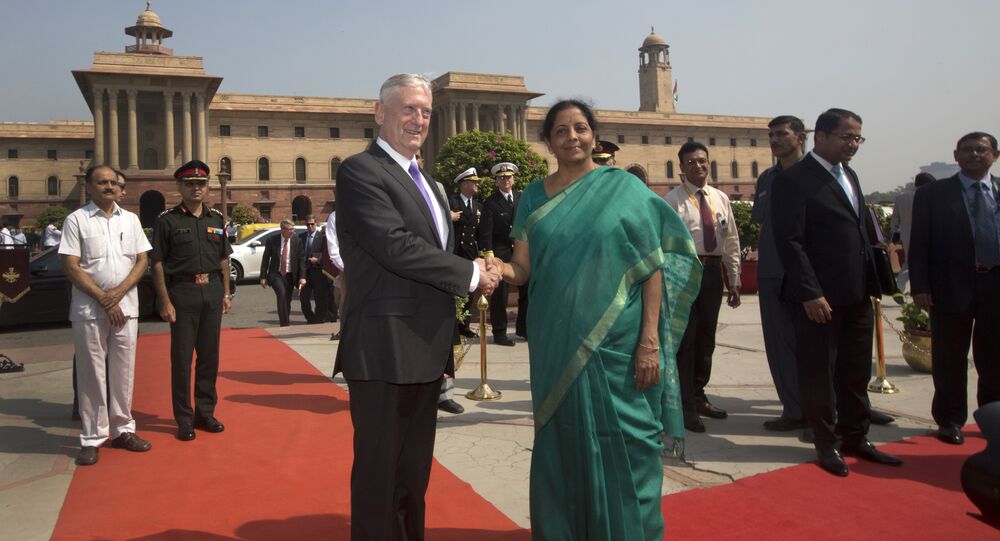 India and Russia have reached the final stage in negotiations on the delivery of S-400 Triumf air defense systems, Indian Defense Minister Nirmala Sitharaman said Friday, adding that the United States is not the United Nations in its attempt to apply its laws internationally.

"We have told the US Congress delegation [that visited India] that this is US law and not a UN law," Sitharaman said, as quoted by The Tribune, adding that the law does not apply to India.

On June 5, Nirmala Sitharaman said that New Delhi and Moscow had reached the final stage in negotiations on the delivery of S-400s.

Meanwhile, Chairman of the US House Armed Services Committee William Thornberry said in an interview with NDTV that India's decision to purchase the missile system from Russia could cost New Delhi access to sophisticated US military equipment, including Predator drones for surveillance and reconnaissance missions, which could be used in operations against terrorists in Pakistan.

© Sputnik / Igor Zarembo
India Will Continue to Stick to S-400 Deal Despite US Opposition – Reports
On April 6, the United States imposed new sanctions against Russia under the Countering America's Adversaries Through Sanctions Act (CAATSA) over Moscow's alleged global destabilization efforts.

The sanctions target senior government officials and lawmakers, as well as state-owned and private companies, including Russian military equipment exporter Rosoboronexport. Any third party that carries out major transactions with the sanctioned companies is liable to punitive measures under the act.

The Indian Defense Minister has also stated that the first round of US-Indian dialogue in the so-called 2+2 format between the ministers of foreign affairs and defense will be held in the first week of September.

"The 2+2 dialogue with the US is to happen in the first week of September. The agenda will be to develop and strengthen strategic defense cooperation and to follow-on with what had transpired during the meeting with Secretary of Defence Jim Mattis," Sitharaman was quoted as saying by the Indian ANI news agency.

The meeting was initially set to take place on July 6, however, Washington postponed it, citing some "unavoidable reasons."

© Photo : Pixabay
China to Reduce Tariffs on Indian Medicines After Xi-Modi Summit
According to Indian media reports, the United States subsequently offered to host the meeting during the first week of July, as planned, but India rejected the offer.

The 2+2 format includes Secretary of State Mike Pompeo and Pentagon chief James Mattis on the US side, and Sitharaman and External Affairs Minister Sushma Swaraj on the Indian side.

The format was introduced to replace the Strategic and Commercial Dialogue format involving foreign and commerce ministers, which was in place since 2015.