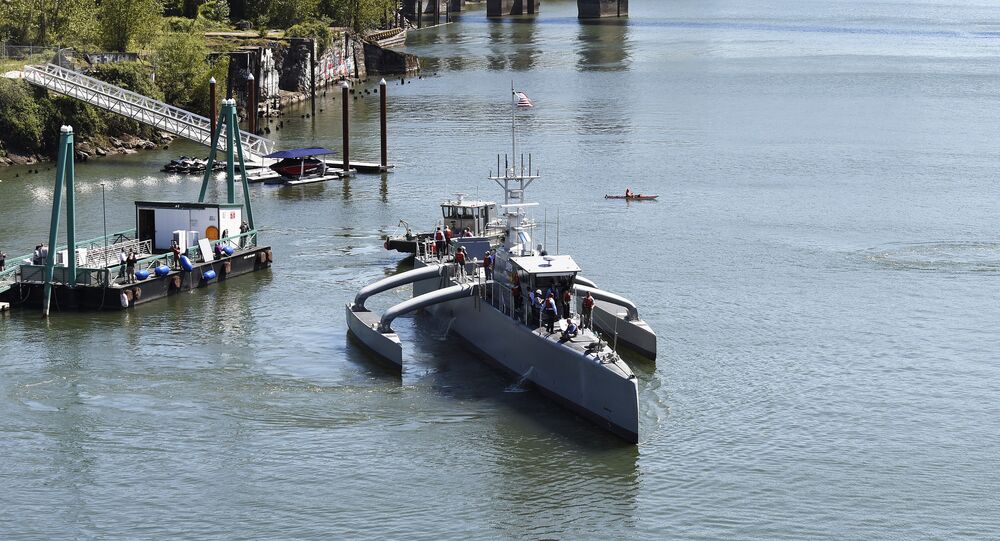 At some point in the future, the US Navy’s fleet of surface vessels will feature unmanned and optionally unmanned ships, a top service official said recently.

While the inclusion of the unmanned and optionally unmanned ships in the surface force is a certainty, it is not clear when the change will unfold and be visible around the world.

The commander explained that unmanned surface vessels (USVs) can distribute the US Navy's capabilities over a larger geographic area at a lower cost than manned counterparts.

Unmanned and optionally manned vessels provide more punch for the integrated force when they are providing a "distributed sensing capability" versus sailing into contested areas as an armed system, US Navy Cmdr. Kyle Gannt told USNI News in a report published Tuesday.

From one aspect, there is a lower risk of sending a USV "for lethal effects in a place where I would be unprepared to do that with a manned vessel," the commander said, because marshalling manned ships entails the possibility of losing sailors in a fight.

The tradeoff to moving sea assets more liberally into waters where a manned ship may not get sent is the prospect of having the USV captured or overtaken by adversarial sailors, the naval office noted.

It isn't impossible to capture a UUV: just ask the four divers with the Houthi forces who popped their heads above water after a swim with a seized REMUS 600 UUV belonging to the US Navy.

Textron's common unmanned surface vessel (CUSV) and the Office of Naval Research's Sea Hunter would seem to be prime candidates for being some of the first unmanned ships joining the surface fleet.