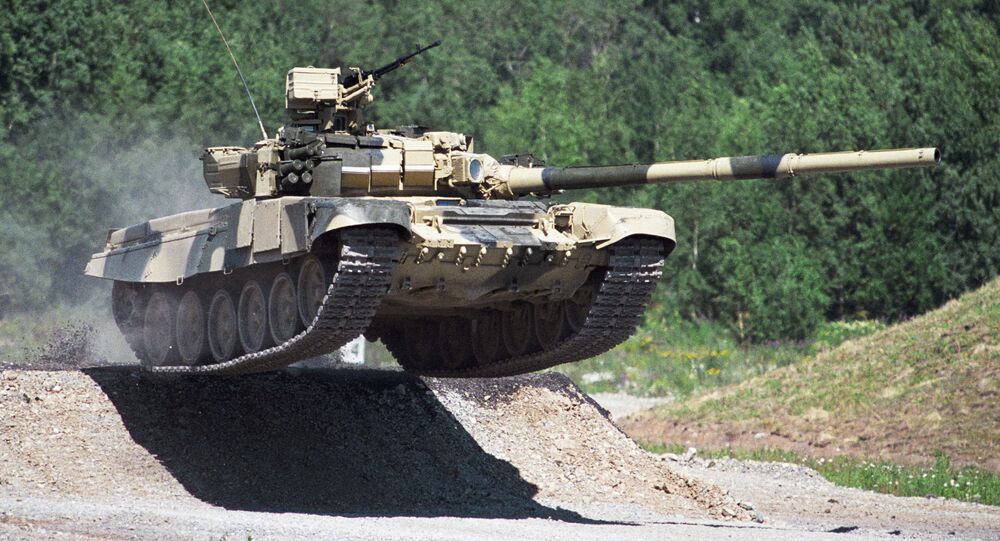 The 35th Brigade of the Iraqi Army's 9th Armored Division has replaced its M1A1M Abrams main battle tanks with Russian T-90s. The US media have claimed that the decision was the result of Pentagon concerns about the Abrams falling into the hands of Iranian-backed militias. However, Russian observers say the T-90 is simply a better tank for Iraq.

Baghdad ordered 73 T-90 and T-90SK command tanks from Russia in 2017, with deliveries starting in February 2018. Last week, 39 T-90/SKs entered into service with the 35th Mechanized Brigade, a battle-hardened unit that had engaged Daesh (ISIS)* at the battle of Mosul and the battle of Kirkuk in 2016 and 2017, respectively. According to the Defense Ministry, the brigade's remaining Abrams have been transferred to the 34th Armored Brigade, which previously operated T-72s.

The US media have tried to put a positive spin on the swap, with journalists and analysts for The War Zone and Military Times saying the decision was based "at least partly" on US complaints about Abrams tanks being used by Popular Mobilization Units, Shiite militia groups supported by Iran, but officially designated as part of the Iraqi armed forces.

In February 2018, the Pentagon acknowledged that these militias had received access to at least nine Abrams, but added that the Iraqi Army had recovered all the tanks, a fact confirmed in May in a Pentagon report to Congress.

Is It Politics or Combat Capability?

However, according to military observer Vladimir Tuchkov, the Abrams-T-90 swap has less to do with geopolitics than it does with economics and combat capabilities in Iraqi conditions.

© Sputnik / Sergey Pivovarov
EXCLUSIVE: NATO Arms Dealer Attempted to Buy Russian Weaponry for Iraq in 2015
Iraq bought some 140 M1A1Ms beginning in 2008, with only 40 operational Abrams left by December 2014 in the midst of the Daesh onslaught. Washington approved an additional 175 tanks to Iraq, but anywhere between 48-80 were destroyed or disabled in subsequent battles against Daesh, according to the Iraqi media.

According to Tuchkov, a single M1A1M costs Iraq an estimated $6 million, compared to $2.5 million for a T-90S.

Secondly, given the fact that the M1A1M lacks the Israeli "Trophy" active protection system, which would enable it to defend against modern rocket-propelled grenades and anti-tank missile systems, geometric dimensions become an extremely important argument when it comes to survivability.

"The front profile of the Russian tank is 30% smaller than that of the American one," Tuchkov noted. "In other words, it's more difficult to hit, given that far from all shells are equipped with target-seeking devices. Approximately the same picture appears from the side profile, with the Abrams 1.5 meters longer than the T-90," he added.

Third, the standard T-90S comes with the Kontakt-5 explosive-reactor armor suite, which "copes perfectly well with modern TOW 2 anti-tank tandem rockets," in Tuchkov's words. As for the M1A1M, it lacks not only the strengthened depleted uranium layers in its front armor, but also the type of explosive reactive armor protection that would enable it to defeat the anti-tank weapons Daesh had at its disposal from the start of its offensive in 2014.

Finally, there's mobility. With the Abrams stacking up to nearly 70 tons vs. the T-90's 46 tons, the American tank is equipped with a 1,500 hp gas turbine power plant against the T-90's 1,000 hp diesel engine. Theoretically, the US tank has an edge, with a power/weight ratio of 23.8-26.9 hp/t compared to 18.2-20.4 hp/t for the T-90. However, in the desert conditions of the Middle East, where dust storms are a regular occurrence, the Abram's gas turbine engine is reported to have been a major headache for tank operators, requiring constant cleaning of its filters to prevent the engine from stalling. By comparison, the T-90's power plant has proven simpler, smaller, cheaper and most importantly, more reliable.