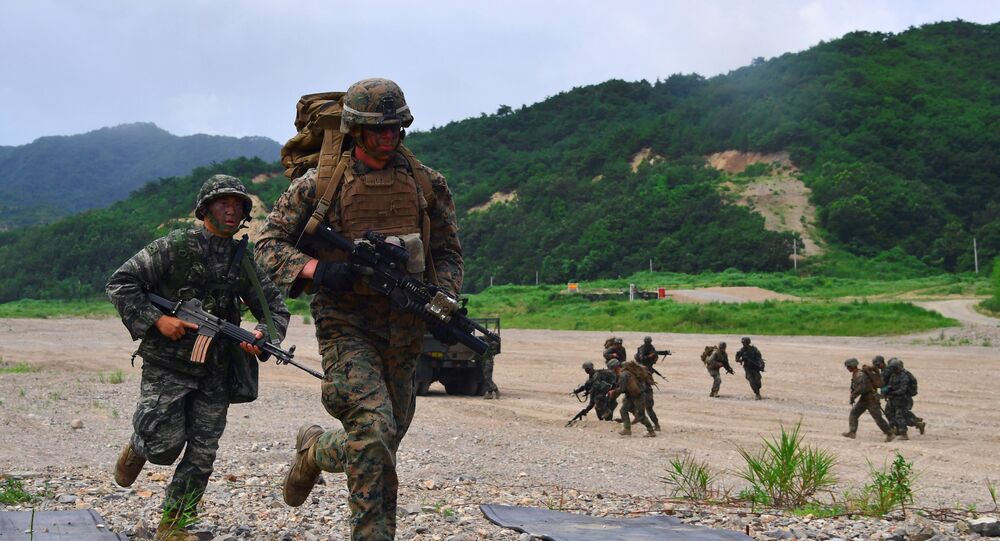 WASHINGTON (Sputnik) - The American alliances in the Asia-Pacific remain steadfast despite the US decision to suspend military drills with South Korea, Pentagon spokesperson Christopher Logan said in a statement on Tuesday.

"Our alliances remain ironclad, and ensure peace and stability in the region," Logan said. "The Presidential summit outcome is the first step along the path to the goal: complete, verifiable and irreversible denuclearization of the Korean Peninsula and a free and open Indo-Pacific."

At the end of the Singapore summit, US President Donald Trump said it was inappropriate to hold "war games" while trying to negotiate a peace deal. He added that canceling joint military exercises would save money and be appreciated by North Korean leader Kim Jong-un.

US Senators Patrick Leahy and Jeanne Shaheen said in separate statements on Tuesday that Trump's decision to stop military exercises with South Korea without receiving verifiable commitments from North Korea is troubling.

North Korea conceded nothing when Kim met Trump in Singapore, despite Trump's pledge to halt US military exercises with South Korea, former CIA Director Michael Hayden said in an interview with CNN on Tuesday.

Senator: US Ready to Restore Pressure if N Korea Not Willing to ‘Follow Through’