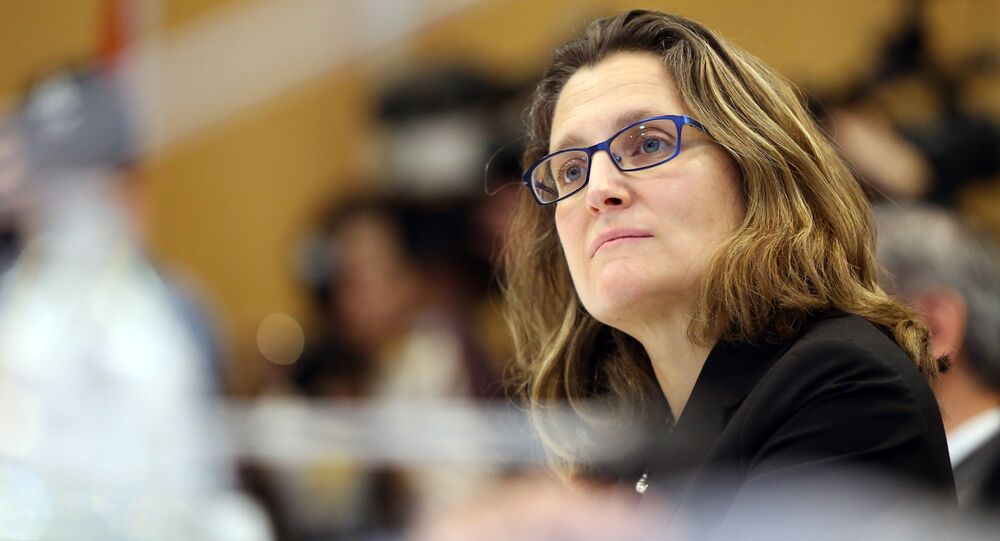 WASHINGTON (Sputnik) - The summit in Singapore between US President Donald Trump and North Korean leader Kim Jong-un is an important step toward stability and peace on the Korean peninsula, Canadian Foreign Minister Chrystia Freeland said in a statement.

"We welcome the dialogue between the leaders of the United States and North Korea that took place today in Singapore. This meeting was an important step toward advancing peace and stability on the Korean Peninsula," Chrystia Freeland said.

The Canadian top diplomat also said she looks forward to seeing Kim following through on the commitments he made during the historic summit.

Earlier on June 12, Trump and Kim held a historic summit in Singapore and committed the United States and North Korea to establishing new bilateral relations and building a lasting peace on the Korean peninsula. Moreover, Pyongyang affirmed its commitment to denuclearize in exchange for security guarantees from Washington.

Russia in G8 Redux Would Give Trump More Leverage - US Congressman