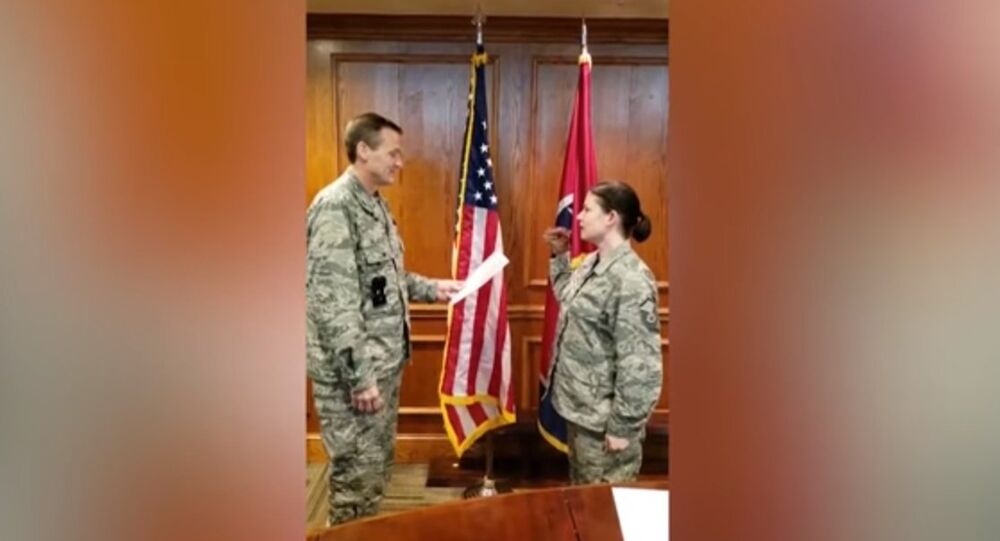 Footage has emerged on the internet showing a re-enlistment ceremony of Master Sergeant Robin Brown from the Tennessee Air National Guard who recited her oath in a very surprising fashion.

A retired colonel from the Tennessee Air National Guard had been demoted to the rank of lieutenant colonel after he led a re-enlistment ceremony-turned-puppet show involving a female senior non-commissioned officer, according to the Air Force Times.

In a video published on the internet, Robin Brown, a senior non-commissioned officer (SNCO) at the Tennessee Air National Guard, wears a dinosaur puppet on her right hand and imitates the puppet's mouth, repeating her words as she recites her re-enlistment oath and the retired colonel looks on.

After publication the footage on April 14, Brown was immediately removed from her full-time job with the Tennessee Joint Public Affairs Office and is currently facing more administrative measures.

The Airforcetimes reported that "an unidentified SNCO who videotaped the event has been removed from his job as unit first sergeant and has been reprimanded."

Army Maj. Gen. Terry Haston, the adjutant general for the Tennessee National Guard, said that its leadership "as a whole is appalled by the actions of these individuals, which do not represent our nation’s service members nor the airmen and soldiers of Tennessee."

Give Pies a Chance: US Army's Menu to Include Pizza