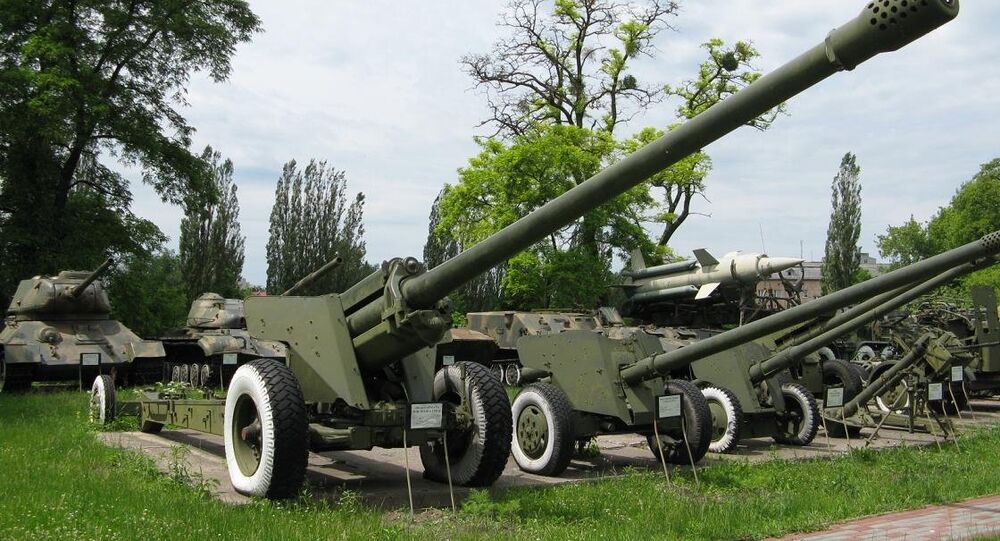 The contract for the upgrade of the field guns was originally awarded to the Israeli firm Soltam, which completed the first lot of 180 guns, but was blacklisted following allegations of corruption. The contract for upgrading the remaining 130mm M-46 was later awarded to a state-owned ordnance factory.

New Delhi (Sputnik): The M-46 Russian artillery guns being operated by the Indian Army will soon be upgraded from their existing target range of 27 kilometers to 36 kilometers. The upgrade will be done locally by the state-run Ordnance Factories Board at the cost of about $50 million.

The upgrade work will involve replacing the existing muzzle brake, breech block and associated modifications to the recoil system, apart from replacing the 130mm barrel with a 155mm barrel.

The Ordnance Factories Board (OFB) has received the final confirmation of the contract for the upgrade of 300 artillery guns after the successful user trial of a prototype.

"We have successfully enhanced the capability of the artillery gun. Its ammunition is already manufactured by ordnance factories. Recently, the Indian Army has ordered to upgrade 300 such guns," S. K. Chourasia, OFB Chairman, told Sputnik.

The Indian Army had initiated the upgrade of the Soviet era guns in 2008 with the contract being awarded to the Israeli firm Soltam — now part of Elbit. Soltam's contract was suspended midway after allegations that it had bribed officials. Later, the government had decided to throw open the contract for domestic companies. The state-run Ordnance Factories Board participated in the tender issued by the Indian Army, competing with two other private manufacturers.

"After extensive field evaluation trial, OFB's gun has emerged as the only gun system meeting all quality requirements," an OFB official said.