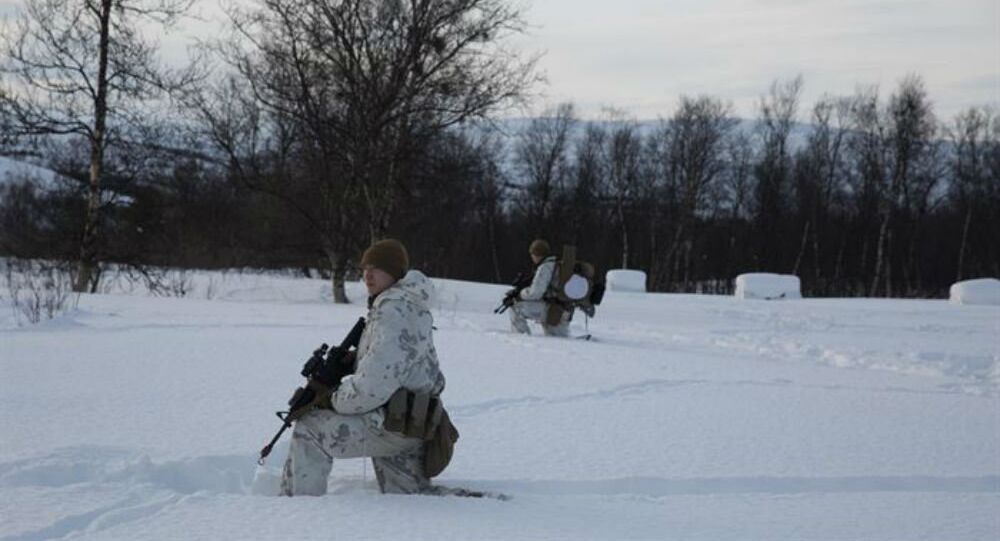 The US Army and Marine Corps recently announced their plan to roll out cold-weather gear for American ground forces in preparation for potential wars with North Korea and Russia as tensions continue to rise.

For decades, both the Army and Marine Corps have become accustomed to fighting in the deserts of the Middle East. However, both services are now getting ready to fight in the cold as Russian-American relations reach new lows and tensions between Washington and Pyongyang froth.

"We don't want [the cold] to hibernate us," said Sergeant Daniel Bryan of the US Army's Light Fighters School, Business Insider reported. "We want to be physically and mentally prepared."

Fighting in the cold is not as easy as just putting on more layers of clothing, though.

"You have to train to the environment, you can't just show up and expect to survive," said Brian Eifler, the 10th Mountain Division's deputy commanding officer, according to the Business Insider.

The 10th Mountain Division is a light infantry division in the US Army based in Fort Drum, New York. The division is the only one of its capacity specially trained in fighting in arctic and mountainous conditions. Over the last few weeks, soldiers from the 10th Mountain Division have participated in winter training operations while wearing new gloves, headgear, socks, gaiters, parkas and trousers.

The division also received shorter and wider skis that can be more easily maneuvered by inexperienced soldiers in snowy conditions.

The Marine Corps has also been focusing its efforts on extreme-cold operations.

Last month, the Corps made requests for caps and gloves suitable for intense cold. The division asked for gloves that are fast-drying and water repellant in temperatures below 50 degrees Fahrenheit. The Marines also want the gloves to be touchscreen-friendly.

In addition, the Corps is planning on allocating $12.47 million in 2018 to purchase 2,648 sets of the NATO ski system for scout snipers, reconnaissance Marines and some infantrymen, Business Insider reported.

According to Marine Corps Commandant General Robert Neller, the Marine Corps Rotational Force Europe, based in Norway, would be the first to test out the new equipment.

"No Marine is going to leave here unless they know how to ski," Neller said in December, military.com reported.

During a December address to Marines in Norway, Neller said, "I hope I'm wrong, but there's a war coming… I think probably the focus, the intended focus is not on the Middle East. The focus is more on the Pacific and Russia," military.com reported.

During the Korean War between 1950 to 1953, US troops were not equipped with cold-resistant gear and suffered extensive frostbite and other injuries from the cold.

Some of the soldiers who endured frostbite during the war faced different health issues decades later, including infections, skin cancer, joint deterioration and extreme sensitivity to cold. In some cases, veterans lost limbs.

"I always had problems, but I never paid too much attention to them until I got older, and I started getting worse and worse and worse," said Ernest J. Pappenheimer, a former Marine gunnery sergeant who lost all his toes to frostbite during the Korean War, told the Los Angeles Times.