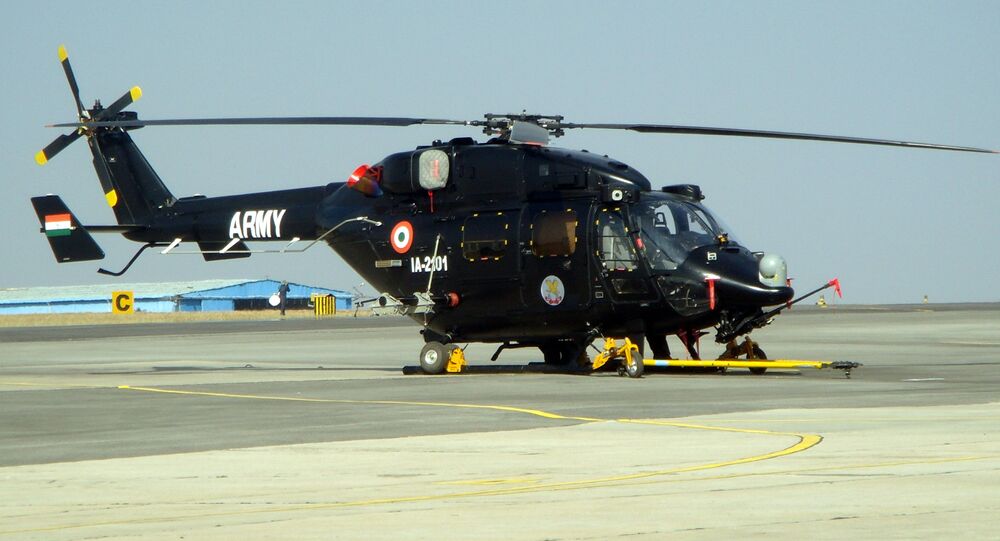 The helicopters locally produced by the Hindustan Aeronautics Limited (HAL) have demonstrated the capability to land and take off from Siachen Range (world’s highest battlefield) with considerable load, fuel, and weapons that are beyond the capacity of any other combat helicopter.

New Delhi (Sputnik) — India's state-owned aeronautics firm HAL has achieved a major feat by drastically cutting the cost of its light combat helicopter (LCH) by replacing a key imported component with the first ever country-made automatic flight control system (AFCS). An AFCS is a powerful four axis flight control system that keeps a helicopter flying stable, by sensing any deviation from level flight and sending flight control the correctives needed to revert to stable flight.

LCH Makes Maiden Flight with Indigenous AFCS. It is Designed & Developed for the First Time in the Country by HAL. pic.twitter.com/JYv39KI2vB

HAL also announced that it had indigenized the cockpit display system on LCH, namely the integrated architecture display system (IADS) with the participation of Indian private industries. This system, which is being flight tested, also replaces an expensive imported system.

In December last year, the Indian Air Force and the Indian Army had placed a formal order of 15 LCH which costs less than $30 million per unit. The cost of the helicopter will come down further with the country made AFSC and IADS.

The 5.8-ton class helicopter, equipped with 20mm turret gun, 70 mm rocket, air to air missile, has generated a lot of interest from African region and East Asian countries like Myanmar since 2016.