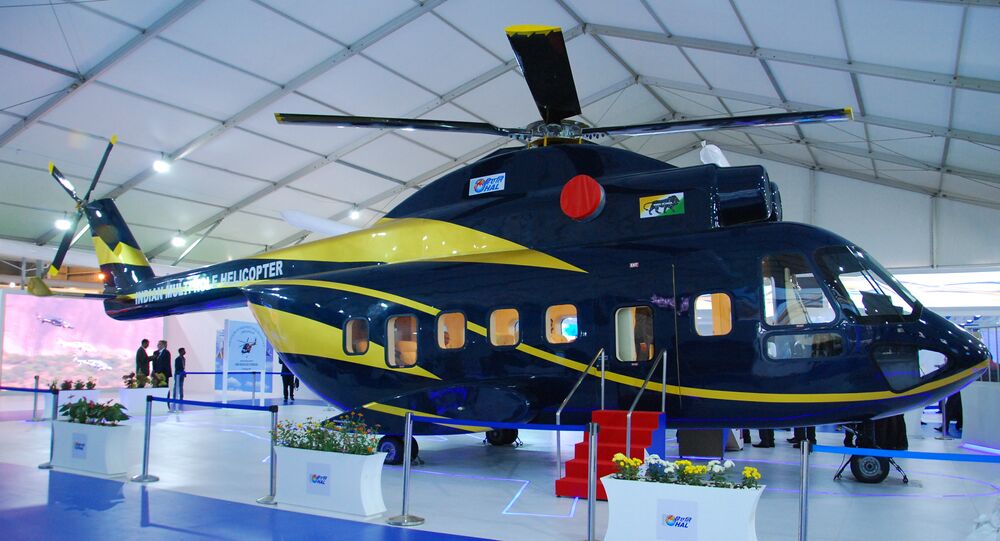 © Sputnik / Ramil Sitdikov
Russian Helicopters to Build Ka-226T at 2nd Plant to Speed Up Delivery to India
New Delhi (Sputnik) – India’s Defense Minister Manohar Parrikar has unveiled the full scale model of Indian Multi Role Helicopter (IMRH) at 11th edition of Aero India in Bengaluru. India’s government owned company Hindustan Aeronautics Limited aims to indigenously develop 12-ton class IMRH with service ceiling of around 20,000 feet, 3,500 kg payload and a seating capacity of 24.  Company has also planned to develop dedicated naval version of the helicopter. Indian firm claims that IMRH will be powered by yet to be identified twin engines and will have state of the art mission systems to meet the Utility and Armed Roles of Indian Armed Forces.

“Besides the domestic defense orders, HAL will target export orders, aiming to replace the ageing fleet of similar class of helicopters that are operational in more than 40 Air Forces around the world,” says official of Hindustan Aeronautics Ltd on Tuesday. HAL hopes to have the first flight of IMRH in six to seven years. However, design and development of IMRH will only commence once armed forces put up their demand.

Sources say that IMRH can be good substitute for the Russian built Mi-17 and also fit the Navy’s requirement for medium-lift helicopters.