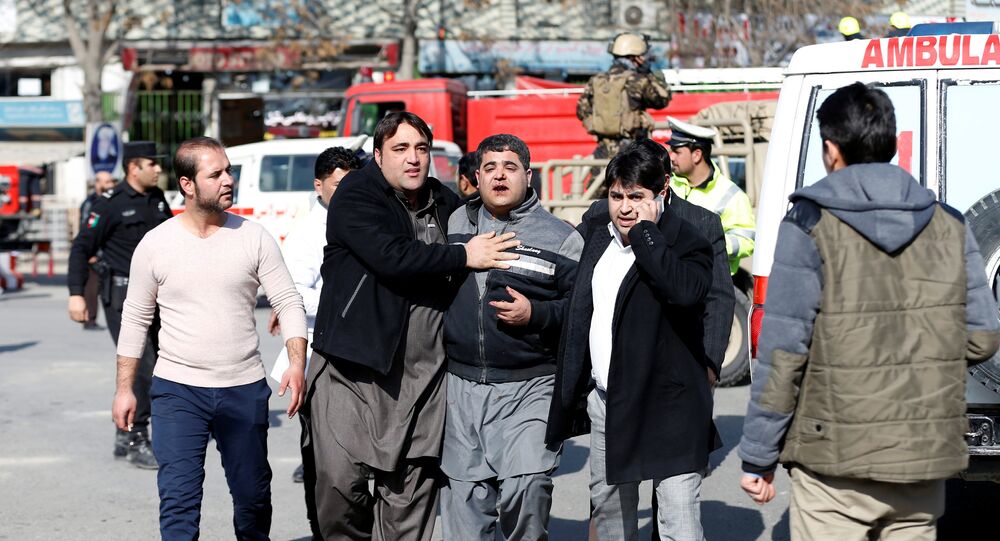 The death count in a horrific Saturday bombing attack in Kabul has risen to 95, while at least 158 have been injured, many seriously according to updated reports.

Saturday's detonation of an ambulance packed with explosives on a busy city street in the Afghan capital is the deadliest in recent years, occurring alongside several other recent attacks, including the storming of a well-guarded hotel in Kabul popular with westerners that saw 22 killed, according to reports.

As hospitals struggled with the influx of wounded and forensics experts worked to identify those killed, officials suggested that casualties were likely to rise, according to the New York Times.

As the US continues to wage what is now a 17-year conflict in the Middle Eastern country, the United Nations estimated that some 10 Afghan civilians were killed each day between January-September 2017.

In 2017, an estimated 10,000 security forces in the country were killed and over 16,000 wounded, according to a senior Afghan government official, cited by Nytimes.com. Losses by the Taliban, the primary opposition faction within the embattled nation, are thought to be on par with those of the US-supported central government.

The sharp increase in deadly violence is linked, according to analysts, with recent increases in Pentagon military deployments in the country announced earlier this month by US President Donald Trump.

Many warned that attacks and bombings would quickly result after Trump's declaration to increase the US military footprint in Afghanistan, under the guise of fighting terrorism.