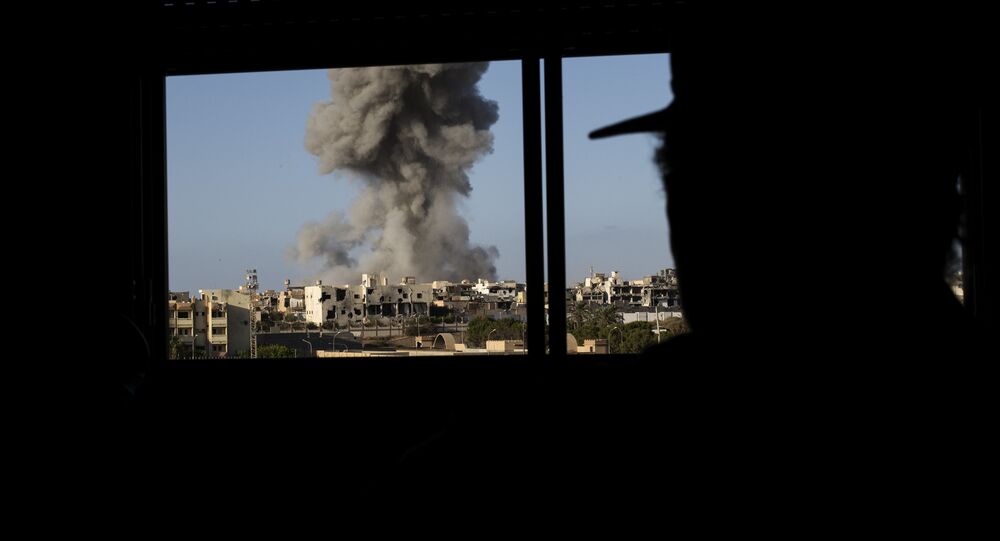 The first year of the administration of US President Donald Trump saw a reinvigoration of US military operations in Libya and Pakistan, as well as a record number of airstrikes launched against both Somalia and Yemen.

The Foundation for Defense of Democracies (FDD), a nonprofit foreign policy and national security think tank, released their Long War Journal on Thursday. The report tracks US airstrikes in Libya, Pakistan, Somalia and Yemen, four nations where the US is not actively engaged in armed hostilities but does provide air and tactical support.

The FDD found that US air campaigns have intensified since Obama's presidency ended and Trump's began.

The Obama administration's policy for "areas outside of active hostilities" was limited airstrikes partnered with support to the local government. Trump meanwhile has loosened the rules of engagement and given the military more decision-making power.

In 2017, the US launched 120 strikes against Islamic militant groups in Yemen, more than the entirety of strikes launched during Obama's second term. US airstrikes in Yemen began in 2007, but the Islamic insurgency there continues to go strong ten years later — even with the enhanced bombing campaign against al-Qaeda in the Arabian Peninsula under Trump.

However, US Central Command (CENTCOM) has been dodgy in their reporting of the specifics of the strikes. Only four strikes were accompanied with detailed reports about who CENTCOM was targeting and why.

Meanwhile, the US launched an additional 35 strikes in Somalia after Trump greenlit US Africa Command to use military force against al-Shabaab, a local militant group. The Defense and State Departments upped al-Shabaab's threat assessment as the group expanded its territory in southern Somalia, overrunning African Union forces in the process.

Somalia and Yemen have also become home to a new threat imported from elsewhere: Daesh, which has begun operations in the autonomous Puntland province of Somalia and the Bayda governorate of Yemen. The US launched airstrikes against Daesh in both Somalia and Yemen for the first time in 2017.

The heyday of the US bombing campaign in Pakistan has seemingly passed: 117 strikes were launched during the campaign's peak in 2010, compared to just three in 2016 and eight in 2017.

The recent years' campaign, which began in 2004, has been more tactical. Instead of targeting al-Qaeda and the Taliban wherever they arise in Pakistan, the US strikes have been meant to kill leaders of the militant groups.

However, increased friction between Washington and Islamabad has led to speculation that the US may bolster airstrikes in Pakistan once more. US President Donald Trump has slammed Pakistan multiple times for allegedly harboring jihadi groups and tacitly supporting them. On New Year's Day, Trump accused Pakistan for providing "safe haven to the terrorists we hunt in Afghanistan," adding that "$33 billion in aid over the last 15 years [has] given us nothing but lies & deceit."

Libya was infamously the site of a concerted US bombing campaign in 2011 as Washington threw its weight behind rebel groups fighting against President Muammar Gaddafi. However, Gaddafi's fall triggered the collapse of Libya's entire government and civil war has raged in the North African nation ever since.

The US launched 497 airstrikes in Libya in 2016 — all but two were part of the the Battle of Sirte, where the US-backed Government of National Accord forced Daesh out of the city after six months of fighting. The other two strikes were part of counterterrorism operations.

Comparatively, the US launched 12 strikes in Libya in 2017, all of them counterterrorism strikes.