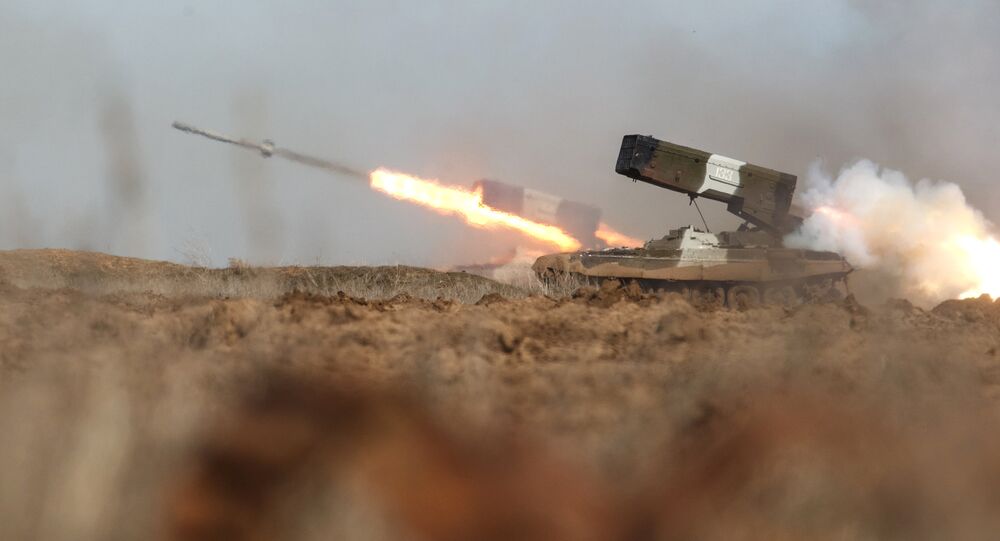 Despite Daesh being defeated by the joint efforts of the Russian forces and the Syrian Army, peace has yet to arrive in Syria; the Arab country is still struggling with other terrorist and militant groups.

A video showing the arrival of what looks like a Russian TOS-1A Solntsepyok (Scorching Sun) flame-throwing system in Syria's Idlib province has been published by the Telegram channel 338 which deals with military-related issues.

"It will be very hot in Idlib soon) New Year's magic) Things are coming to another entrapment," the caption under the video reads.

The TOS-1A is expected to support the Syrian Army's offensive against terrorists in Idlib's southern areas.

Earlier, a number of media outlets reported about an unknown number of the Solntsepyok systems being used in Syria.

The TOS-1A is an upgraded version of the TOS-1 Buratino heavy flamethrower, a 220-mm 30-barrel or a 24-barrel multiple rocket launcher, mounted on a T-72 tank chassis.

The range of the Solntsepyok system's unguided incendiary or thermobaric missiles is about six kilometers, while a zone of continuous destruction stands at almost one square kilometer.