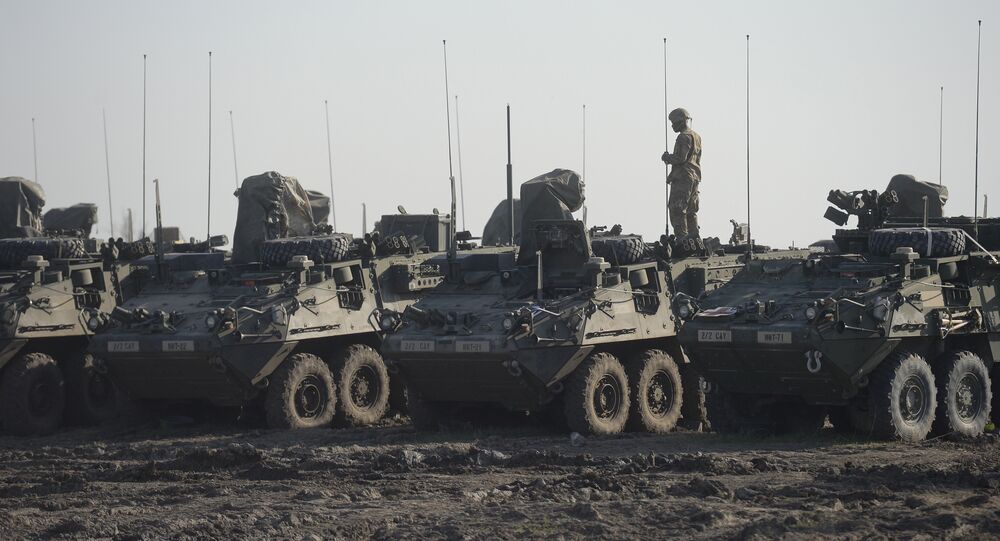 The US Army’s 2nd Cavalry Regiment has become US European Command’s (EUCOM) first unit to receive an upgraded and upgunned version of their Stryker armored fighting vehicles, so that they can better face off with Russian armor in the case of a “chance encounter.”

The upgraded Strykers, nicknamed "Dragoons" to match the nickname of the 2nd Cavalry Regiment, are equipped with 30 mm autocannons that allow them to go toe-to-toe with armored opponents. Previously, the 2nd Cavalry's Strykers were only equipped with M2.50-caliber machine guns, which wouldn't do much against armor.

The autocannon can be equipped with high-explosive, anti-armor and air-burst rounds, and have twice the range of the.50-cals.

"The threat that we would face in Europe is mechanized based," said 2nd Cavalry Regiment commander Col. Patrick Ellis to Stripes. "If we have a chance encounter with a BMP, this makes us much more lethal."

The BMP is short for Boyevaya Mashina Pekhoty, or "Infantry Fighting Vehicle" in Russian. The BMP-3, the backbone of Russian armor, is equipped a 100 mm low-velocity gun. Meanwhile, the BTR-82 armored personnel carrier is usually equipped with either a 30 mm autocannon similar to the Dragoon's or a 120 mm mortar gun.

The 30 mm will give the Stryker more punching power in a hypothetical engagement against Russian armor, but Ellis emphasized that the guns were purely a precautionary measure. For starters, the Stryker is not really a match for the BMP to begin with: it's a fast and versatile troop carrier first and foremost, not meant to battle armored vehicles.

"Were not going to be chasing tanks, that's not what we're here for," Ellis said. "We are valued for our mobility, and ability to move large amounts of infantry forward, quickly."

But the 2nd made no bones about the Stryker delivery. When the delivery was announced back in August, Deputy Commander Lt. Col. Troy Meissel said that the need for more firepower was "directly attributable to Russian aggression, and we are actively working with our foreign partners in how to help shape our formation."

Nevertheless, the Dragoons said that the new Strykers served an unspoken purpose beyond the hypothetical of US-Russia hostilities: morale. "You're laying that hate [on a target] with a bigger round. It's doing a lot more damage and you're getting better effects," said Staff Sgt. Randall Engler in August.

The Stryker is meant to strike a balance between the speed and utility of a Humvee with a bit more armor. It can carry as many as nine passengers, but is best known for the wide variety of tasks it can be geared toward: mobile artillery launches, engineer transportation, chemical weapon reconnaissance, etc.

The 2nd Cavalry is based out of Vilseck, Germany, one of EUCOM's two permanent combat brigades, along with the 173rd Airborne. The unit traces its lineage back to the War of 1812, and counts several notable figures among its alumni — including HR McMaster, the National Security Advisor to US President Donald Trump.