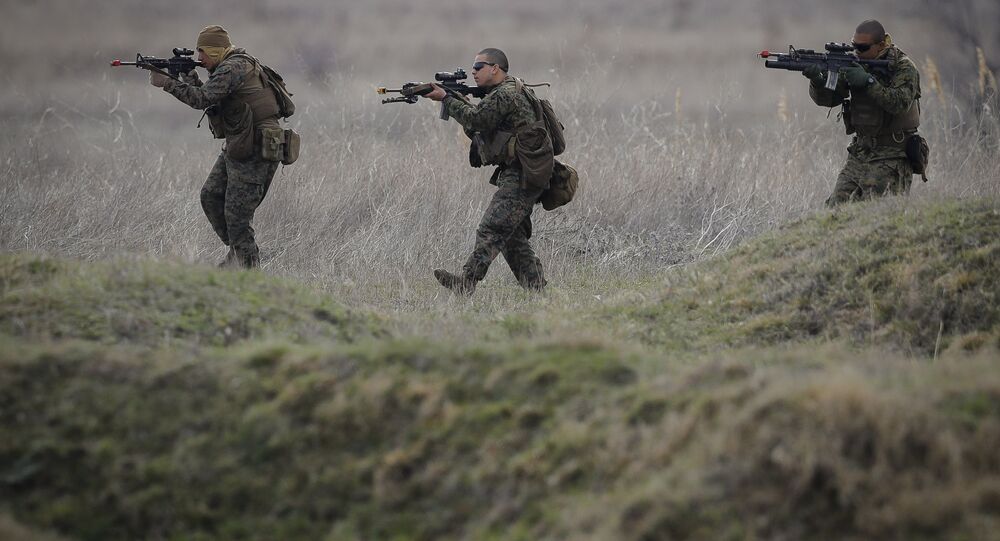 The US Marine Corps has announced that they will likely be upgrading their anti-tank rifles from the Shoulder-Launched Multipurpose Assault Weapon (SMAW,) in use since 1984, to the Swedish-made Carl Gustaf recoilless rifle - a major leap in both range and firepower.

The Carl Gustaf is already in use by the US Army, particularly Special Operations Command (SOCOM) and the Army Rangers. The US military designates the Carl Gustaf as the M3 Multi-role Anti-armor Anti-tank Weapon System (MAAWS).

But the Marines want in, and intend to more than double a planned Army purchase of 1,100 Carl Gustafs slated for 2023. The Carl Gustaf will be used by Marine infantry squads, while the SMAW will be retained for use by combat engineers.

"Right now, we have a registered capability gap for multiple-effects rocket fire," Chris Woodburn, deputy for the Marine Corps' Maneuver Branch, told Military.com. "So the Army and SOCOM have the MAAWS, and we are looking to get the resourcing we need to pursue the next iteration of MAAWS."

The newest version of the Carl Gustaf, which is produced by Saab Bofors Dynamics, has numerous advantages over the SMAW. It fires a slightly larger projectile at twice the rate of the SMAW, and has about twice as large an effective range.

The Carl Gustaf also has a wider variety of projectiles: in addition to an anti-tank and a dual purpose round, it can also fire anti-personnel rounds as well as smoke and illumination rounds. This comes at the drawback of a 2.5 pound increase in weight, but overall the Carl Gustaf is the superior weapon.

"That's one of the things we'll have to look at is, are there bunker-busting munitions available for the MAAWS," said Woodburn. "If we were going to look at replacing [the SMAW], we would have to do that comparison."

But not everyone is sold on the Carl Gustaf. Marine Chief Warrant Officer Christian Wade said that the Carl Gustaf's testing data is dated, as are the US military's requirements for an anti-tank rifle — which explicitly mention that such a weapon must be able to destroy a Soviet earth-and-timber bunker.

"We have not yet done a side-by-side, apples-to-apples comparison of the Carl Gustaf and the SMAW," he told Military.com. "You would have to take that 'Requirements' document and figure out exactly what they mean by a 'Soviet earth-and-timber bunker.' You have so many different choices, and we'd need to figure out which round is the apples-to-apples comparison of SMAW."

SMAW manufacturer Nammo Talley, a Norwegian-Finnish company that produces missiles and small arms, argue that the SMAW still outperforms the Carl Gustaf as a bunker buster. "We also produce several other variants of SMAW ammunition at our facilities in the U.S. which provide the warfighter performance against other targets, such as vehicles and buildings, that is comparable to Carl Gustaf," said Chad Parkhill, executive vice president of Nammo's Shoulder-Fired Systems business unit.

"Most importantly, the SMAW weapon system provides this advantage while weighing significantly less."

The Carl Gustaf is in use by the militaries of 40 nations worldwide, including Australia, Brazil, Germany, India, Israel, Japan, the UAE and the UK.