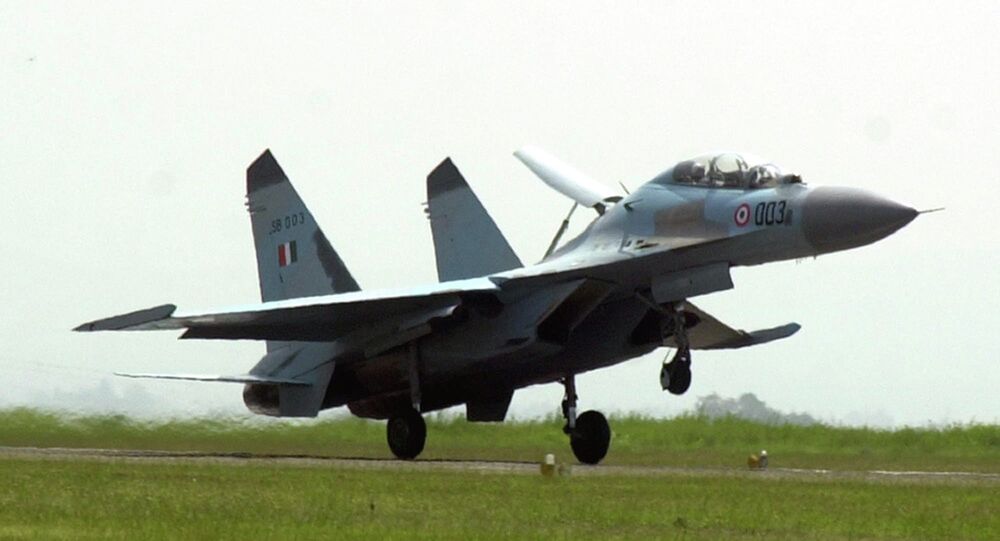 From new sensors to radars, the fleet will see a major change in the cockpit as well. The two-stage modernization program will cost approximately US $6 billion.

NEW DELHI (Sputnik) — Indian Air Force's most formidable fleet of fighter jet Su-30MKI is gearing up for a complete overhaul of weapons and avionics which will lend the aircraft unmatched stealth features. The upgrade is being carried out by Russian agencies in collaboration with the Hindustan Aeronautics Limited (HAL).

"We will start the Su-30 MKI upgrade program as soon as possible to bring in new weapons and avionics to make the fleet more potent," T Suvarna Raju, chairman and managing director of HAL said on Monday.

"When it comes to technology transfer, the Russians offer everything without any strings attached. The IAF would look forward to continuing its engagement with the Russian aviation industry for the enhancement of Su-30 upgrades so that it could be more potent," Vice Chief Air Marshal S B Deo, Indian Air Force said at a seminar to celebrate 70 years of India-Russia diplomatic relations.

Earlier this year, Russia's Unique Engine Corporation had offered a whole new engine for the fleet.

"We have developed a better successor to the AL-31F engine based on a new design and has been offered to IAF as part of the upgrade package," Alexander Artyukhov, the director of United Engine Corporation, had told the media at Aero India 2017.

The AL-41F-1S is a brand new engine, which produces 18 percent more thrust than its predecessor.