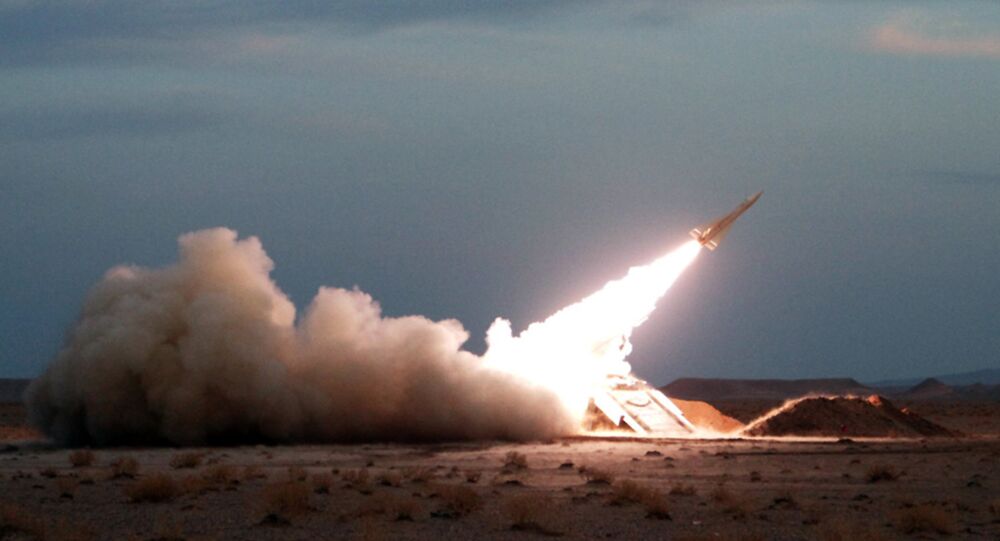 Iran’s Islamic Revolutionary Guard Corps fired back at US policies Thursday by stating that measures taken against Iran will only strengthen the country’s resolve to develop its conventional missile program and regional operations.

"Iran's ballistic missile program will expand," according to an IRGC statement released Thursday that Reuters translated. The guards will "continue with more speed in reaction to [US President Donald Trump's] hostile approach towards this revolutionary organization."

The IRGC said in a statement posted on Press's TV website Thursday that Trump's October 13 speech demonstrated "the failure of the diabolical policies of White House officials and the Zionist regime to change the regional map and disintegrate and undermine the Islamic countries."

"Judging Iran by the narrow confines of the nuclear deal misses the true nature of the threat," Nikki Haley, US ambassador to the UN, told the organization's Security Council Wednesday. Instead, Haley suggested, "Iran must be judged in totality of its destructive and unlawful behavior," adding, "to do otherwise is foolish."

The White House's "new Iran strategy" as illustrated in an October 13 news release includes a few concrete action steps the president has approved. Notably, the strategy calls for denying funding to the IRGC "for its malign activities" as well as seeking to unify the international community in condemning what the White House called "IRGC's gross violations of human rights"

Haley urged the council to take a closer look at the environment in the Middle East, particularly Tehran's support for Hezbollah and Syrian President Bashar al-Assad. She was, however, largely alone in wanting to focus the discussion on these topics, Bloomberg reported, as most other delegates concentrated on issues between Israel and Palestine. "The fact that some delegates did not mention the word ‘Palestine' saddens us," said Vassily Nebenzia, Russian Ambassador to the UN.

The Iranian government "continues to play this council," Haley also said, continuing that "Iran hides behind its assertion of technical compliance with the nuclear deal while it brazenly violates the other limits of its behavior… when a rogue regime starts down the path of ballistic missiles, it tells us that we will soon have another North Korea on our hands."

The White House's decision not to recertify the 2015 deal on Iran's nuclear program, known as the Joint Comprehensive Plan of Action, has not received support from the deal's other signatories: Iran, China, France, Germany, the European Union, Russia and the UK.