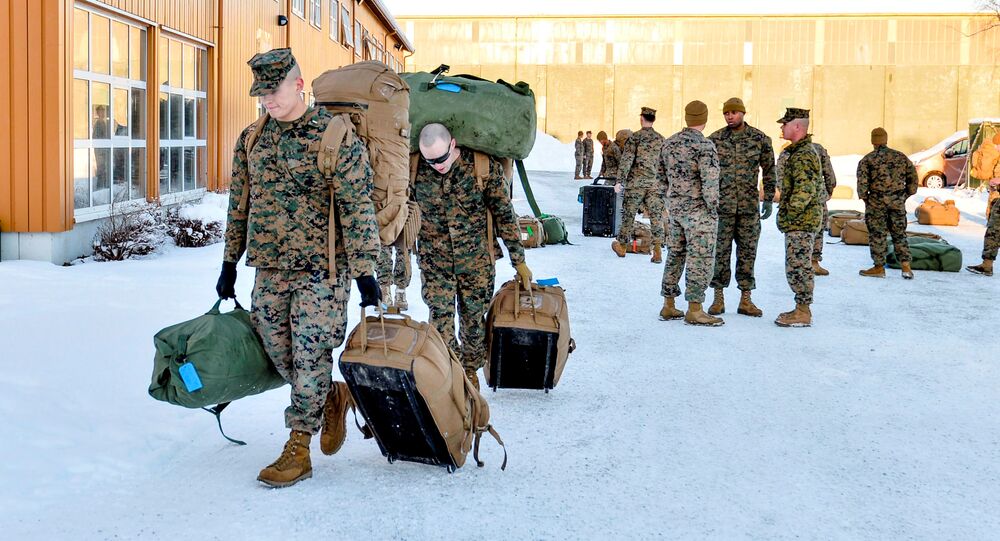 In a recent development plan for the Armed Forces and the Home Guard, Defense Minister Ine Eriksen Søreide proposed increased cooperation with Norway's key allies. At the same time, a separate work group at the Defense Staff has been established to facilitate the training in practice. Its work is closely monitored by the Security Police Department of the Defense Ministry, which maintains close contact with the US and other NATO allies.

"The government is supportive of increased allied practice and training on Norwegian territory," the plan stated, as quoted by the Norwegian daily Klassekampen.

© CC0
Angry Norwegians Wrangle Over US Radar Jamming TV Signals
Furthermore, Søreide's long-term plan provides guidelines for investments and a defense-related economic framework for the next 20 years. It involves giving parts of the Norwegian army "increased operational availability than today," which paves the way for increased NATO cooperation, prioritizing "practice, and training with selected allies and partners" that will be relevant for the purpose of reinforcement, in case of a crisis or a conflict "too great for Norway to handle it alone." The cooperation with US Marines, who currently maintain a force of 330 men at the Værnes air base in Trøndelag region in northern Norway, was emphasized as "particularly important."

"The agreements with the US, our most important ally, about the reserve storage of defense materiel, and especially the binding cooperation with the US Marine Corps, are of major importance for joint operational efforts in case of a security crisis," Minister Ine Eriksen Søreide was quoted as saying.

Earlier in October, Klassekampen reported that the Norwegian Armed Forces were working to establish extra facilities for US troops in the inner part of the Troms County, of which the parliament's Foreign and Defense Committee was not informed. Liv Signe Navarsete of the committee called this a problem, arguing that her authority should have at least received prior notice.

The news outlet Nordlys reported that the US and Norway were in talks about placing an extra rotating force of 400 troops in Setermoen, Troms County in 2018. Several military sources confirmed this information to Klassekampen, describing the plans as a "badly concealed state secret."

My hometown #Setermoen by night pic.twitter.com/b9om96jK9x

​Despite the Norwegian government's official narrative that the US troops were only stationed in the country temporarily for training, a US Marine Corps document stated their purpose as "establishing a sustained rotating presence in Værnes" as early as one month before Norwegian Defense Minister officially confirmed their arrival, Klassekampen reported, referring to documents obtained via the US Public Freedom of Information Act.

© CC BY 2.0 / Minnesota National Guard / 170211-Z-CQ961-124
Harsh Cold, Not Russia US Marines' Enemy in Norway
In another document dated December 2016, the Marine Corps expressed plans for further expansion in Norway, including facilities for maintenance and the storage of fuel, as well as barracks, a command and control center and hangars for the F-35, MV-22 helicopter and C-130 aircraft, all slated for construction by 2021.

In May 2017, Captain Alexandra B. Anderson of the US Marines Corps described Norway as a "battlefield in a potential future conflict with Russia" in an article published in the Marine Corps Gazette.

​According to the 1949 Base Declaration, however, Norway shall not conclude any agreement with other states which imposes obligations on Norway to open up bases for foreign forces on Norwegian territory as long as Norway is not attacked or threatened with attacks.

An anonymous source in an unnamed government party told Klassekampen that there was "little doubt" that the rotation-based training with the US Marines in reality constituted a base. The same notion was expressed by defense sources, which claimed that the base was internally viewed as permanent.