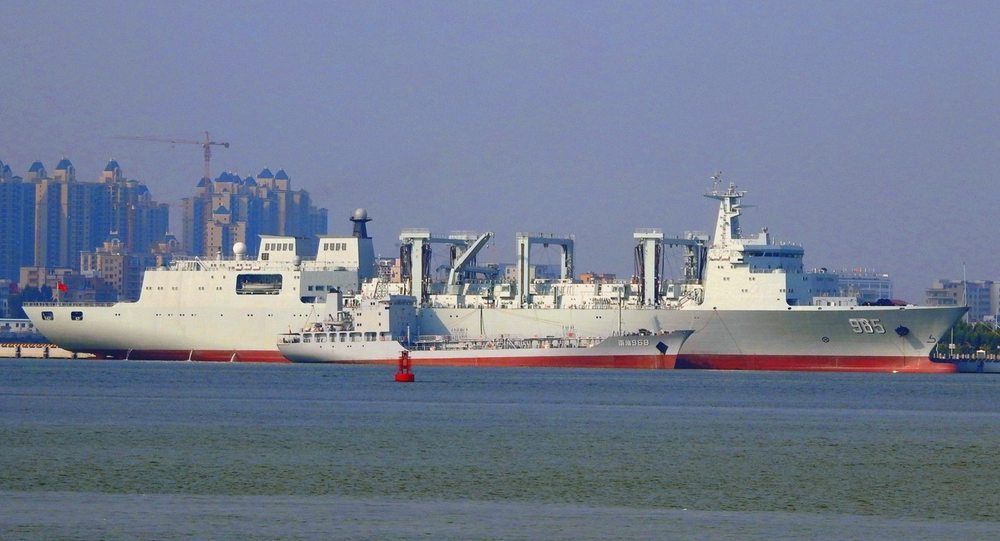 China has announced their intention to build a pier in the tiny East African nation of Djibouti so that the People’s Liberation Army Navy (PLAN) can better run anti-piracy missions in the Arabian Sea.

The South China Morning Post (SCMP) reported that an anonymous military source told them about the pier, which would be an expansion of the existing Chinese military base in Djibouti. "The Chinese navy needs a large-scale pier to offer logistical support for its flotillas conducting anti-piracy operations in Somali waters," the source told the newspaper.

"The scale of the wharf should allow for the docking of a four-ship flotilla at least, including China's new-generation Type 901 supply ship with a displacement of more than 40,000 tonnes [44,100 tons]."

The SCMP went on to report that the pier work will only begin after the completion of a separate project to build accommodations for Chinese military personnel at the PLA base. China conducted their first military exercise in Djibouti in August.

When the Chinese military base in Djibouti opened in mid-2016, it became the first-ever overseas PLA-N military base. Beijing stated that the base's purpose was to provide logistical support for PLA-N operations in the Gulf of Aden and Arabian Sea as well as peacekeeping and humanitarian missions on the African continent. The base is on a 50-year lease.

The 200-acre base, which cost $590 million to construct, joins similar permanent military installations in Djibouti built by the US Navy (Camp Lemonnier, which permanently houses 4,000 permanent US military personnel) and the Japan Maritime Self-Defense Force.

Djibouti, a West Virginia-sized country of less than a million citizens, occupies a strategic geographic location. For one, Djibouti provides easy access to the nearby Suez Canal via the Strait of Bab-el-Mandeb. It and Yemen are the only countries to border both the Red Sea and the Gulf of Aden — and unlike the war-torn Arabian state, Djibouti is politically stable, with a continuous central government since they gained independence from France in 1977.

The foreign bases are tremendously beneficial to the Djiboutian economy, as the government is paid $63 million annually by the US in rent, and another $100 million by China. That's not chump change, particularly for a country with a GDP of about $3.7 billion.

The Type 901 is a nearly-800 foot long fast combat support ship, the first of which was launched in January 2016. Fast combat support ships are meant to act as oilers, ammunition resuppliers and helicopter carriers. In the US Navy, they were often placed in carrier strike groups to support aircraft carriers.

However, the US Navy has been phasing its own fast combat support ships out since the early 2000s due to their prohibitive cost of operation. Only one remains in service, the USNS Rainier, which is currently deployed in the Indian Ocean.