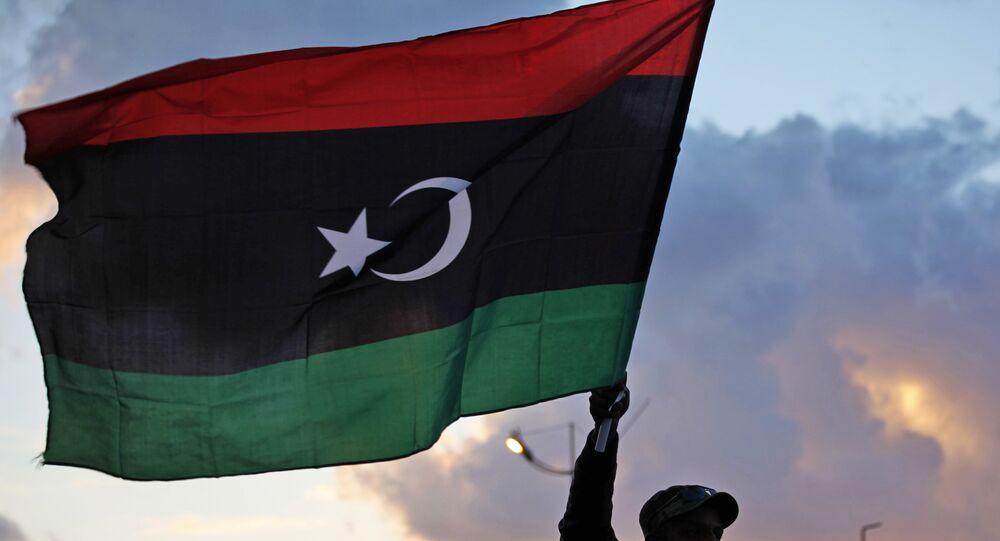 A Russian official has confirmed that Russia abides by the international arms embargo imposed on the Middle Eastern state that has been in turmoil since the Arab Spring amid the visit of a high-ranking Libyan official to Moscow and Grozny.

MOSCOW (Sputnik) — Deputy Prime Minister of Libya's Government of National Accord (GNA) Ahmed Maiteeq did not discuss with the Russian authorities the possibility of Moscow providing military assistance to the country, the head of the Russian contact group on Libya, Lev Dengov, told Sputnik.

"No, this issue was not discussed, since there is an embargo on the supply of weapons to Libya. Russia adheres to international obligations," Dengov said, commenting on the Maiteeq's talks with Russian officials in Moscow and Grozny, the Chechen Republic.

Russia is not interested in lifting the UN arms embargo on Libya, he said, commenting on a recent statement by a Libyan official claiming the contrary.

"I cannot comment on [the statement], because I personally have heard nothing about such efforts. Russia has always followed international rules and norms, the UN resolutions on the arms embargo … Russia’s mission in Libya is purely about peacekeeping, that is why we keep in touch with all the parties to the conflict," Dengov said, adding that "no one, including Russia, is interested in arming one of the conflict’s parties" as it may lead to escalation of the crisis.

According to Dengov, Russia has its own mission, while statements about what Libya would like Moscow to do are "another issue completely."

On Tuesday, spokesman of the Libyan National Army (LNA) Gen. Ahmad Mismari, during a press conference at the Rossiya Segodnya International Information Agency, said that Russia was taking efforts to lift arms embargo from Libya, and the he hoped it will happen soon.

© REUTERS / Maxim Shemetov
Libyan National Army to Require Russian Assistance When UN Arms Embargo Lifted
The international arms embargo on Libya was extended by one more year this June. Speaking after the vote, Russia's Deputy UN Ambassador Vladimir Safronkov said such measures can prove to be useful as the Libyan crisis remains a source of regional instability.

The arms embargo against Libya will remain in place as long as the country does not have a single army which could ask for the restriction to be lifted, Special Representative of the UN Secretary-General for Libya Martin Kobler told Sputnik earlier this month.

The head of Russia's state arms exporter Rosoboronexport said earlier that Russia is ready to supply arms to Libya in the future if the situation there improves, but "we do not have any guarantees that if weapons are supplied to the existing legitimate government in Tobruk, it won't disperse them to the north of Africa."

Libya is currently regarded as one of the main footholds of Daesh terrorist group's expansion in North Africa. The country has been in a state of turmoil since 2011, when a civil war began in the country and its longtime leader Muammar Gaddafi was overthrown. In December 2015, Libya’s rival governments — the Council of Deputies based in Tobruk and the Tripoli-based General National Congress — agreed to create the Government of National Accord, to form the Presidency Council and to end the political impasse.

© AFP 2021 / ABDULLAH DOMA
Libyan Field Marshal Denies Requesting Arms From Russia
In July, Libya officially asked Italy to assist Libyan coastguard in policing the coastal waters in order to stop the illegal outflow of migrants as the European Union has been facing a massive influx of migrants and refugees fleeing from war and poverty in Africa and the Middle East.

In August, seven European and African heads of state and government, including Italy, agreed on a plan of action on migration and asylum. The objective of the initiative is to contain the flow of refugees seeking to reach Europe through Libya, and includes actions on stopping people before they enter Europe.

When commenting on the EU migration crisis stemming through the south of the African nation, Dengov said that Russia is ready to share its contacts with tribes of southern Libya to help Tripoli and Brussels stop the wave of migration.

"The south of Libya is not protected now, the wave is coming through the south, where the tribes live, and in order to block the migration wave, we need to consolidate the tribes, so that they would help protect the borders… Russia is ready to share its contacts of the tribes and heads of tribes that we have dialogue with, and that’s the contribution Russia is ready to make today," Dengov said.

He added that consolidating the tribes could only become a reality through joint cooperation and with the use of contacts developed by Russia's Foreign Ministry, the contact group and the parliament.

"We today are ready to take part in any dialogue on the migrants’ crisis. We know that Europe is strongly concerned with this issue, and that Italy is directly working on it. We are open for cooperation, too," Dengov pointed out.