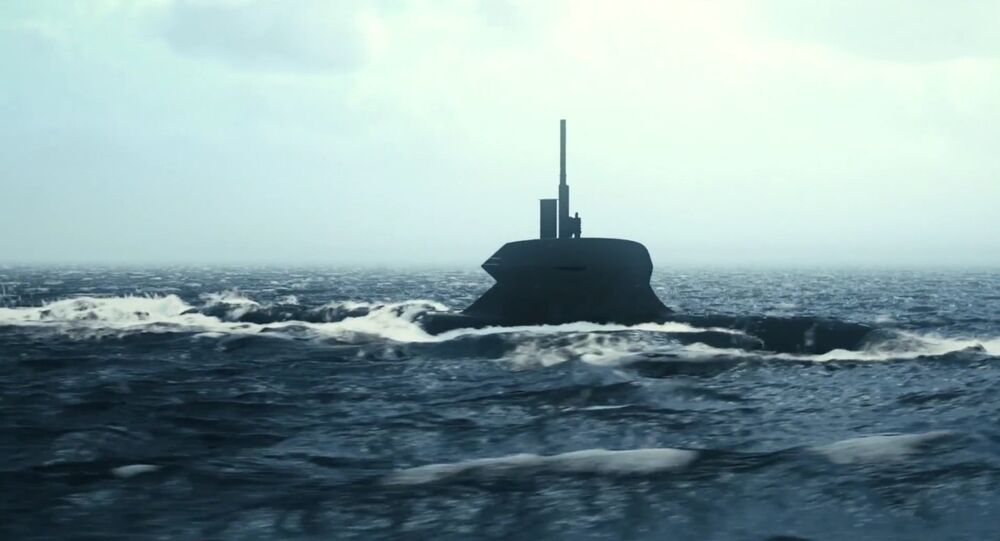 After experiencing a number of setbacks on the European market, Sweden's major arms producer Saab is pinning its hopes upon the Asian market amid mounting political tensions in the region. Saab's main trump card is the next generation A26 submarine, which previously failed to draw buyers' attention in Europe.

The rise of political tensions in Asia is believed to be whetting some countries' appetite for military hardware and possibly trigger an arms race in the region. Sweden's Saab is looking forward to enticing Asian countries building up their defense with the A26, the next generation submarine currently manufactured in Karlskrona.

Saab's executives refer mostly to North Korean missile tests. However, many Asian nations, most notably China and India have expressed their desire to build up their Armed Forces on land and at sea. Earlier this year, Singapore's Defense Ministry projected the number of submarines in the region to increase from 200 to 250 within only eight years. For Saab, one of Europe's leading submarine producers, this sounds like a golden opportunity.

"North Korean missile tests are of no help reducing tensions in the area. Then you have a China that increasingly shows superpower ambitions. They have even participated in a defense exercise in the Baltic Sea (together with Russia) and are projecting power in a way they have not done before," Saab Kockums CEO Gunnar Wieslander said, as quoted by Swedish national broadcaster SVT. "Then we see an increasingly inward-looking USA with a president who says 'America first' while simultaneously pushing for more defense, which creates question marks," he added.

© Photo : Youtube/ Shephard Media
Swedish Saab Hopes to Make Billions on Europe's Sweeping Military Upgrades With Only Two Subs Sold
Wieslander therefore called the region "interesting" for Saab, which has several locations in Asia. Australia, India, Pakistan, South Korea, Indonesia and even Myanmar, one of the poorest countries in the region, have been all mentioned as countries interested in purchasing submarines.

The A26, built at the Karlskrona shipyard, is marketed as being exceptionally quiet, vibration-free and "basically invisible" when underwater. It is also produced in three different sizes (pelagic, oceanic and oceanic extended), an option which is believed to be particularly appealing for prospective buyers in Asia. Theoretically, the A26 may even be furnished with nuclear arms, although that's not Saab's masterplan.

"It's not us who equip our submarines, but the customer. In theory, you can install nuclear arms on everything including a Volkswagen car, but it's not included in our plan to deliver submarines with nuclear capacity," Gunnar Wieslander assured.

.@Saab Expands its #A26 #Submarine Offer with now Three Variants to Choose From https://t.co/Z85GrIbxiy pic.twitter.com/TolBiIBTgN

The A26 project was initiated in the early 1990s as a cross-country collaboration on submarine fleet update, yet was canceled after Denmark's withdrawal and disagreements between Saab's then-owner ThyssenKrupp and the Swedish government. At present, Sweden remains the one and only country to have ordered two A26s to the tune of $950 million. Earlier this year, the price of the ill-fated submarine was revealed to become much higher, if not sold abroad.

#Saab also considering to introduce a larger version of #A26 labeled the Oceanic for extended range operations in open seas.#submarine pic.twitter.com/XxxrvbMPea