The US Air Force has given Lockheed Martin and Raytheon the go-ahead to develop a new nuclear-capable cruise missile to replace the aging AGM-86B air-launched cruise missile used by its long-range bombers. Russian observers comment on what can be expected of the prospective weapon, and how it stacks up against Russian cruise missile designs.

Earlier this week, the USAF confirmed that two separate $900 million contracts had been awarded to Lockheed Martin and Raytheon to design a new Long Range Standoff weapon (LRSO), aimed at modernizing the air-based component of the US nuclear triad.

Following development and trials, the Air Force will pick between the designs, and sign a $10 billion order with one of the companies for the manufacture and deployment of about 1,000 of the new missiles. The new weapons will start to be deployed board the USAF's fleet of B-52s, B-2s, B-1s in the late 2020s, and eventually, aboard the B-21, the next generation bomber currently under development. The long-range cruise program spending is part of a hefty $1 trillion, 30 year modernization of the US's nuclear deterrent begun under the Obama administration. 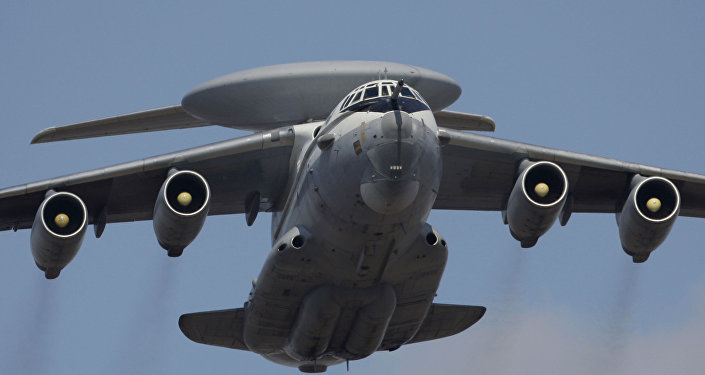 © RIA Novosti . Anton Denisov
What Russia's Strategic Bombers and 'Flying Radars' Were After in Asia
In a statement, Lockheed Martin said that the new air-launched cruise missile, to be designed and developed over the next four and a half years, will be able to penetrate and survive "advanced integrated air defense systems from significant standoff range."

Speaking to RIA Novosti, Vladimir Korovin, an expert at the Moscow State Institute of International Relations' Center for Military and Political Studies, said the new missile will be sure to complicate the tasks of Russian air defenses.

Specifically, the missiles would pose a serious threat in the event of their launch en masse, the expert stressed. "These missiles will be dangerous when they are mass launched, that is, in one massive blow. It's one thing when a B-1 strategic bomber carries 12 nuclear cruise missiles, or a B-52 carries 24. It's another thing when they start carrying 40."

"This means that [the Russian military] will have to 'work' against each individual plane much more effectively, which significantly complicates the task of air defense," Korovin noted. "But for our air defense forces, this task is nevertheless solvable, in principle," he added. 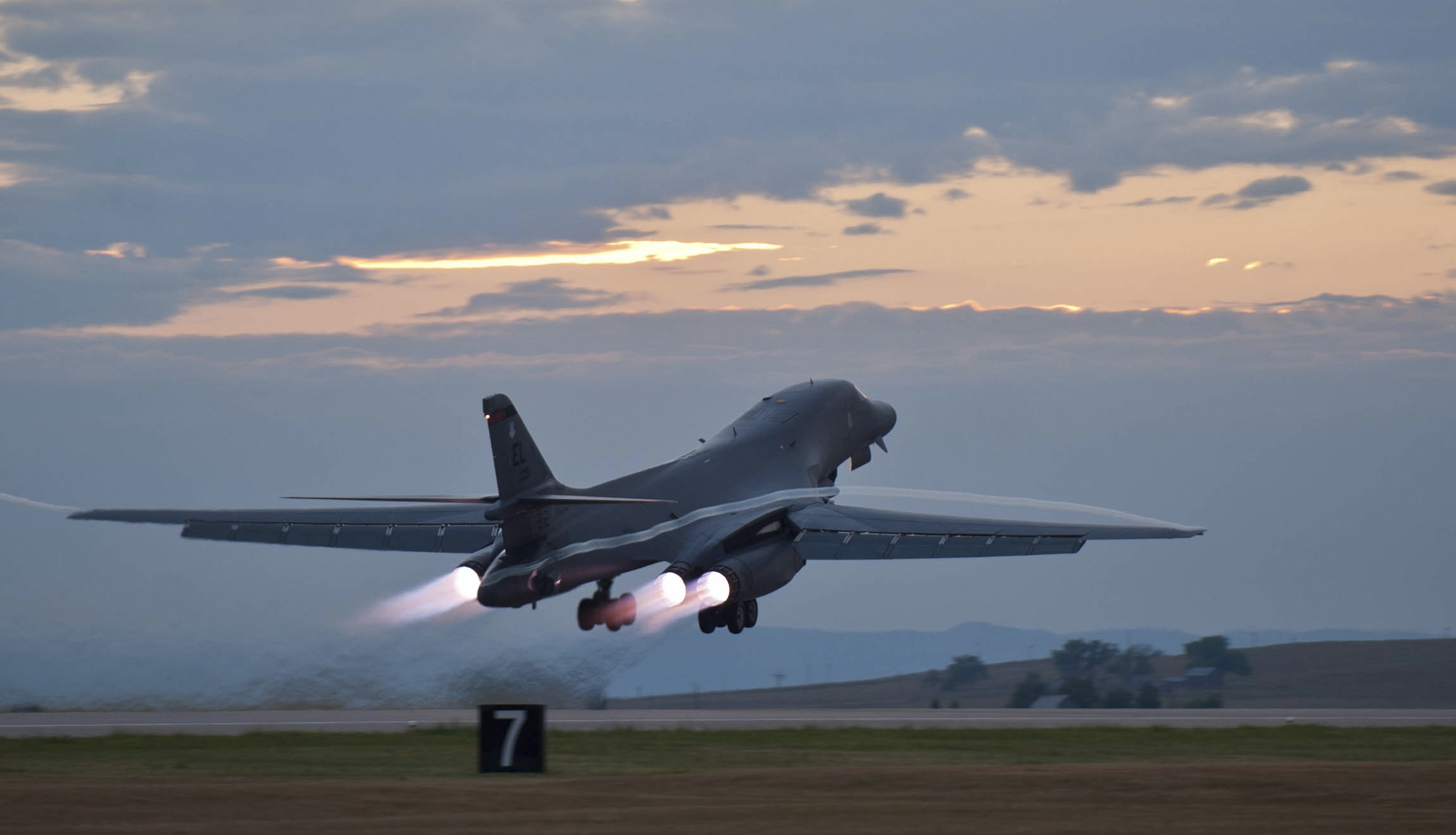 According to the analyst, the US goal of radically updating the air component of their nuclear strike capability is understandable, given the current state of their air-based cruise capabilities.

"The US wants to replace their existing air-launched cruise missiles, which were developed by Boeing back in the 1970s," with something new. "It was in the same period that General Dynamics created the Tomahawk. Air-launched cruise was actively used in the B-52 strikes against Yugoslavia. Naturally, however, over the past decades they have become obsolete, and the Americans want to substantially update modernize their capabilities."

In the expert's view, given existing technologies, the new weapon should have a range of several thousand kilometers.

"The Pentagon was shocked by Russia's successful use of Kh-101 air-launched cruise missiles in attacks against terrorist targets in Syria, and they decided that they must have weapons with the same capabilities," Korovin said.

Russia's nuclear-capable Kh-101 has an estimated range between 5,000 and 10,000 km, a low radar cross-section of about 0.01 square meters, and an accuracy within 6-10 meters, not counting optical sensor or image infrared systems enabling it to target small moving targets. The missiles saw their first combat use in Syria, fired from both Tu-160 supersonic bombers and Tu-95MSMs, the backbone of Russia's nuclear bomber fleet.

© Photo : Ministry of defence of the Russian Federation
Kalibr Cruise Missiles: a Weapon Helping Russia 'Increase Presence in Global Ocean' (VIDEO)
In addition to long-range flight, Korovin said that it can be expected that Lockheed Martin and Raytheon will work to create missiles with improved stealth characteristics, and low altitude flight capabilities.

"The [new weapon] will be rather small," the analyst predicted, meaning that more can be carried on both the B-52 and the B-1, respectively.  "In all likelihood, the mass of the missile will be reduced, while a flight range of several thousand kilometers will be maintained."

According to Korovin, "theoretically, Russia's S-300 and S-400 surface-to-air missile system will be capable of shooting down the prospective American missile. The Pantsir-S1 air defense system will be able to counter it. The missile will undoubtedly join the targets slated for destruction by both modern and prospective Russian air defense systems." 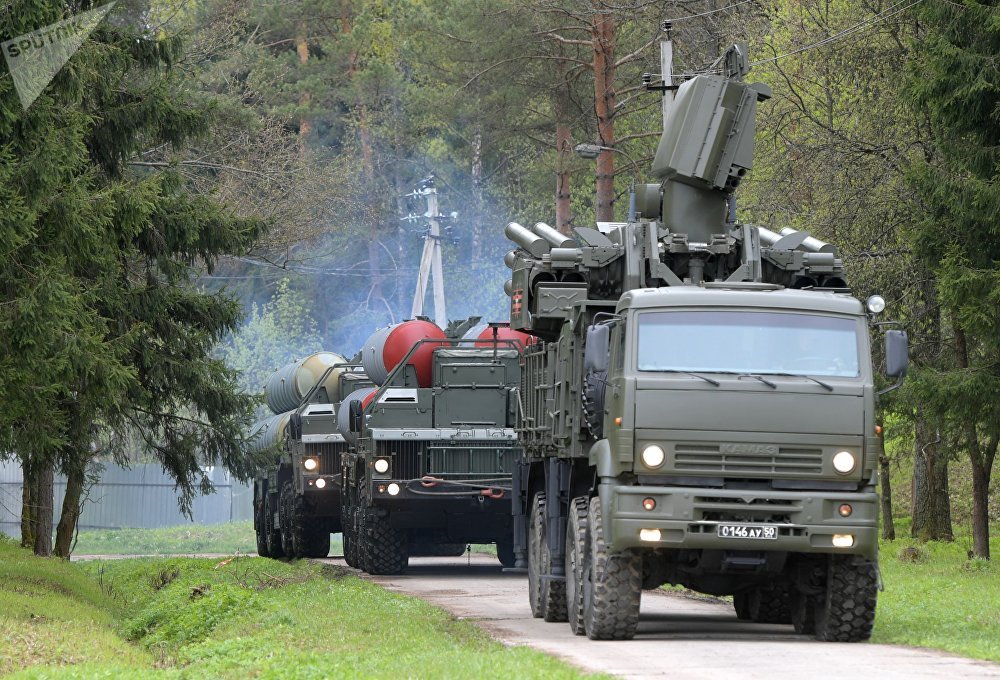 For his part, speaking to Russia's Svobodnaya Pressa online newspaper, Vladimir Karyakin, a retired Air Force colonel and professor at the Military University of the Russian Ministry of Defense, said that the US military's search for a new, nuclear-capable long-range cruise missile may be an indication of changing Pentagon doctrine.

"Long-range cruise missiles are a universal tool of modern warfare," Karyakin explained. "For example, an intercontinental ballistic missile can be seen as a large club designed to destroy stationary and well-known targets, such as command posts, military bases, administrative and industrial centers. The cruise missile, on the other hand, is much more flexible. It can be armed with either conventional or nuclear weapons. It flies at low altitudes, and has a small reflective surface, making it much harder to detect. As a result, the reaction time of missile defense systems designed to detect such a missile is reduced to a minimum."

© CC BY-SA 3.0 / Mike1979 Russia / BrahMos missile
India to Put BrahMos Hypersonic Missile Into Service After Tests in Indian Ocean
"We can add to this the fact that cruise missiles can be used against small and mobile targets; such weapons can patrol in an area around the target before obtaining their exact coordinates. Compare this to ICBMs, and cruise missiles have a huge advantage," Karyakin stressed.

In the analyst's view, the passage of time, as well as the US Air Force's previous experience in the use of its cruise missiles, has led to the demand for the creation of a fundamentally new weapon. After all, the observer recalled, in the US invasion of Iraq in 2003, Iraqi air defenses managed to shoot down 30 of its Tomahawks. In Yugoslavia, where over 700 cruise missiles were fired, over 40 were intercepted by local air defense.

"The recent Tomahawk strike on the Syrian airbase at Shayrat, Syria by the US Navy destroyers USS Porter and USS Ross also has an impact on the overall picture of the combat effectiveness" of the US's current generation of cruise missiles, in Karyakin's view. "According to available information, the US fired 59 Tomahawks at the airbase," only 23 reached their target, "and the air base and runway remained virtually intact," resuming operations shortly after. "A new cruise missile, it can be assumed, should correct this state of affairs," he noted.

Asked whether Russia can be assumed to have an advantage over the US in cruise capabilities, the analyst argued that in his estimation, the answer is yes.

"I think we do have such an advantage. The work of the Kalibr-NK systems against enemy targets in Syria is indicative in this respect. The effectiveness of the Russian cruise missiles proved to be double that of the US, and at a lower cost. The Tomahawk's hit probability ranges between 0.8 and 0.9. The Russian Kalibrs have a coefficient of between 0.9-1. At the same time, the accuracy of American missiles varies considerably depending on distance –from 600 to 1,200 km. Kalibrs have a stable and consistent target strike rating, regardless of distance. It's worth recalling that to strike militant targets in Syria, the Kalibrs launched bythe Caspian Flotilla flew about 1,500 km, over the territory of several countries."

That is not to say that Russia has the advantage in every area, the expert stressed. Although Russia has the technology advantage, the same cannot be said about the size of its arsenal. "It must be understood that while we have hundreds of cruise missiles, the US has thousands. Therefore, in terms of the use of this weapon, the US has a much freer hand."

Ultimately, Karyakin emphasized that Russia should see the prospective US cruise missile design as a major challenge. "This is a sufficiently serious threat. The Americans can transfer part of their arsenal to their NATO allies, deploying the new missiles near Russia's borders. I believe Russian diplomacy should do everything possible to avoid such a scenario. Moscow must exert psychological pressure on Washington, and not miss any opportunity to demonstrate that we must be reckoned with. The Americans are deathly afraid at the prospects of losses, and this makes them vulnerable in any prospective confrontation with Russia," the analyst concluded.